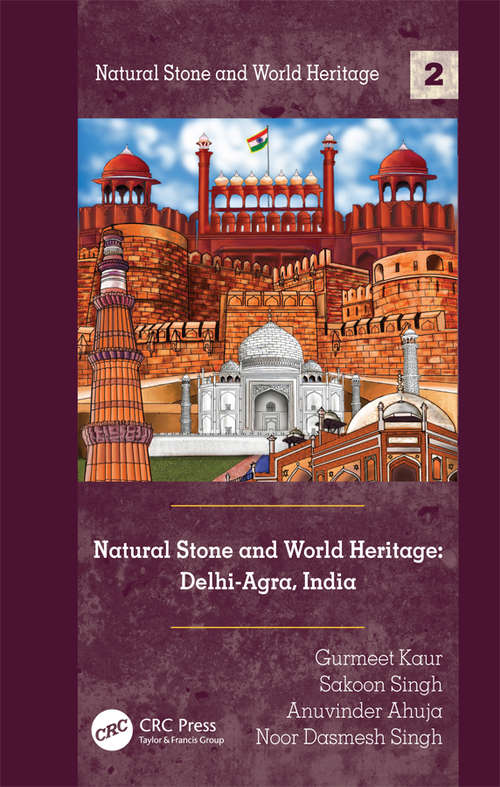 This book discusses heritage stones which were used in the making of the architectonic heritage of Delhi and Agra, encompassing UNESCO world heritage sites and heritage sites designated as prominent by the Indian government. The most famous monument of the two cities is the ‘Taj Mahal’ of Agra.

The book focuses on the geological characteristics of the famous Makrana marble, red sandstone and other sandstone variants of the Vindhyan basin and Delhi quartzite, the most widely used stones in almost all the monuments, as well as on their quarries. The work also aims to sensitise the public to protecting and preserving the architectonic heritage of these two densely populated cities in India as repositories of our past cultures and traditions. Identifying the nature and provenance of stones/rocks used in construction will lead to better restoration for future generations, in light of the deterioration of architectonic heritage through various natural weathering agencies and anthropogenic activities.