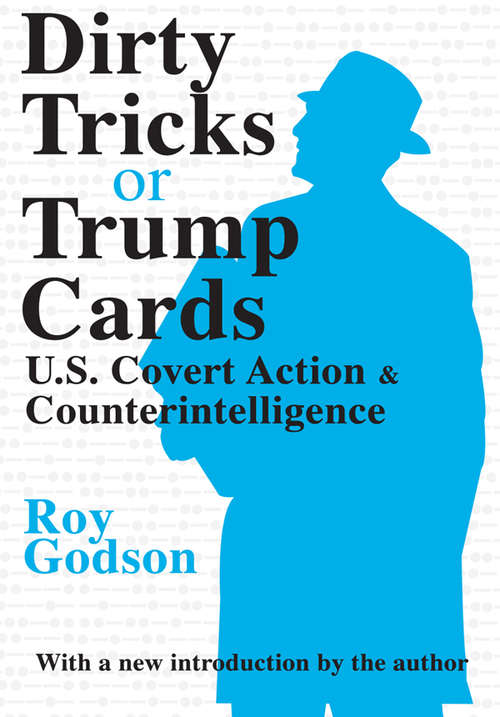 Contrary to popular misconceptions and public branding as "dirty tricks," covert action and counterintelligence can have considerable value. Democracies, while wary of these instruments, have benefited significantly from their use, saving lives, treasure, and gaining strategic advantage. As liberal democracies confront the post-Cold War mix of rogue states and non-state actors, such as criminals and terrorists, and weapons of mass destruction and mass disruption, these clandestine arts may prove to be important tools of statecraft, and perhaps trump cards in the twenty-first century.Godson defines covert action as influencing events in other parts of the world without attribution, and counterintelligence as identifying, neutralizing, and exploiting the secret activities of others. Together they provide the capability to resist manipulation and control others to advantage. Counterintelligence protects U.S. military, technological, and diplomatic secrets and turns adversary intelligence to U.S. advantage. Covert action enables the United States to weaken adversaries and to assist allies who may be hampered by open acknowledgment of foreign support.Drawing on contemporary and historical literature, broad-ranging contacts with senior intelligence officials in many countries, as well as his own research and experience as a longtime consultant to the U.S. government, Godson traces the history of U.S. covert action and counterintelligence since 1945, showing that covert action works well when it is part of a well-coordinated policy and when policy makers are committed to succeeding in the long-term. Godson argues that the best counterintelligence is an offensive defense. His exposition of the essential theoretical foundations of both covert action and counterintelligence, supported by historical examples, lays out the ideal conditions for their use, as well as demonstrating why they are so difficult to attain.This book will be of interest to students and general readers interested in political science, national security, foreign policy, and military policy.