Romain Rolland and the Politics of the Intellectual Engagement 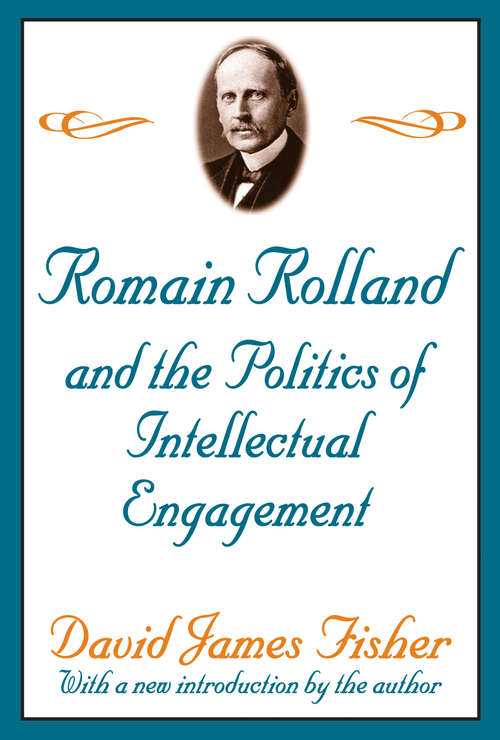 This intellectual portrait of Romain Rolland (1866-1944)--French novelist, musicologist, dramatist, and Nobel prizewinner in 1915--focuses on his experiments with political commitment against the backdrop of European history between the two world wars. Best known as a biographer of Beethoven and for his novel, Jean-Christophe, Rolland was one of those nonconforming writers who perceived a crisis of bourgeois society in Europe before the Great War, and who consciously worked to discredit and reshape that society in the interwar period. Analyzing Rolland's itinerary of engaged stands, David James Fisher clarifies aspects of European cultural history and helps decipher the ambiguities at the heart of all forms of intellectual engagement.Moving from text to context, Fisher organizes the book around a series of debates--Rolland's public and private collisions over specific committed stands--introducing the reader to the polemical style of French intellectual discourse and offering insight into what it means to be a responsible intellectual. Fisher presents Rolland's private ruminations, extensive research, and reexamination of the function and style of the French man of letters. He observes that Rolland experimented with five styles of commitment: oceanic mysticism linked to progressive, democratic politics; free thinking linked to antiwar dissent; pacifism and, ultimately, Gandhism; antifacism linked to anti-imperialism, antiracism, and all-out political resistance to fascism; and, most controversially, fellow traveling as a form of socialist humanism and the positive side of antifascism. Fisher views Rolland's engagement historically and critically, showing that engaged intellectuals of that time were neither naive propagandists nor dupes of political parties.David James Fisher makes a case for the committed writer and hopes to re-ignite the debate about commitment. For him, Romain Rolland sums up engagement in a striking, dialectical formula: