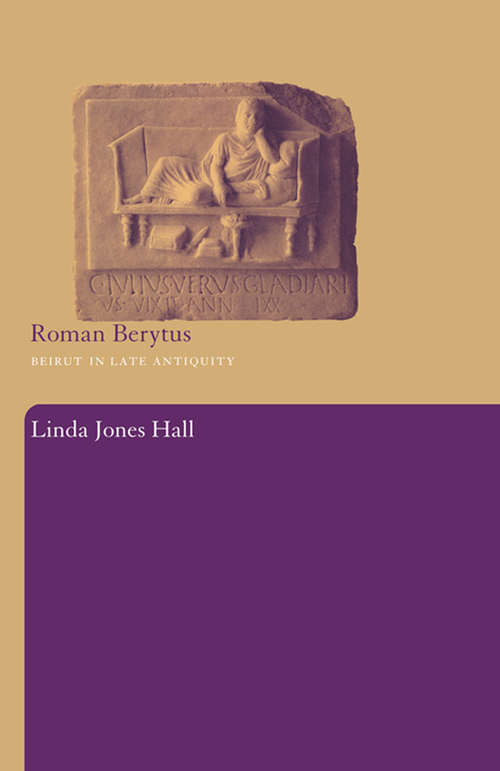 Examining the numerous primary sources, including inscriptions, religions, histories, literary references, legal codes, and archaeological reports, Linda Jones Hall presents a composite history of late antique Berytus - from its founding as a Roman colony in the time of Augustus, to its development into a center of legal study under Justinian.

The book examines all aspects of life in the city, including geographical setting, economic base, built environment, political structures, religious transitions from paganism to Christianity, and the self-identity of the inhabitants in terms of ethnicity and occupation.

* the first detailed investigation of late antique Phoenicia* a look at religious affiliations are traced among pagans, Jews, and Christians* a study of the bishops and the churches.

The full texts of numerous narratives are presented to reveal the aspirations of the law students, the professors, and their fellow citizens such as the artisans. The study also explores the cultural implications of the city's Greek, Roman and then Syro-Phoenician heritage.