Quality of Experience for Multimedia 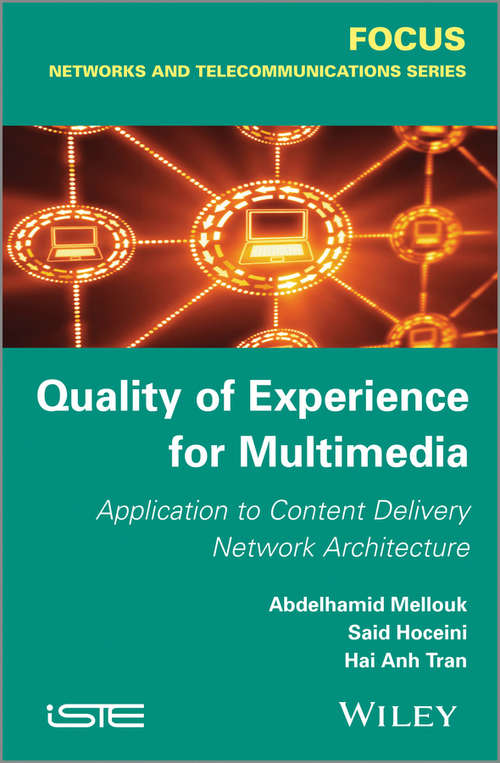 Based on a convergence of network technologies, the Next Generation Network (NGN) is being deployed to carry high quality video and voice data. In fact, the convergence of network technologies has been driven by the converging needs of end-users.The perceived end-to-end quality is one of the main goals required by users that must be guaranteed by the network operators and the Internet Service Providers, through manufacturer equipment. This is referred to as the notion of Quality of Experience (QoE) and is becoming commonly used to represent user perception. The QoE is not a technical metric, but rather a concept consisting of all elements of a user's perception of the network services. The authors of this book focus on the idea of how to integrate the QoE into a control-command chain in order to construct an adaptive network system. More precisely, in the context of Content-Oriented Networks used to redesign the current Internet architecture to accommodate content-oriented applications and services, they aim to describe an end-to-end QoE model applied to a Content Distribution Network architecture. About the Authors Abdelhamid Mellouk is Full Professor at University of Paris-Est C-VdM (UPEC), Networks & Telecommunications (N&T) Department and LiSSi Laboratory, France. Head of several executive national and international positions, he was the founder of the Network Control Research activity at UPEC with extensive international academic and industrial collaborations. His general area of research is in adaptive real-time control for high-speed new generation dynamic wired/wireless networks in order to maintain acceptable Quality of Service/Experience for added-value services. He is an active member of the IEEE Communications Society and has held several offices including leadership positions in IEEE Communications Society Technical Committees.Said Hoceini is Associate Professor at University of Paris-Est C-VdM (UPEC), Networks & Telecommunications (N&T) Department and LiSSi Laboratory, France. His research focuses on routing algorithms, quality of service, quality of experience, and wireless sensor networks, as well as bio-inspired artificial intelligence approaches. His work has been published in several international conferences and journals and he serves on several TPCs.Hai Anh Tran is Associate Professor at the Hanoi University of Science and Technology (HUST), Vietnam. His research focuses on QoE aspects, QoS adaptive control/command mechanisms, wired routing, as well as bio-inspired artificial intelligence approaches.