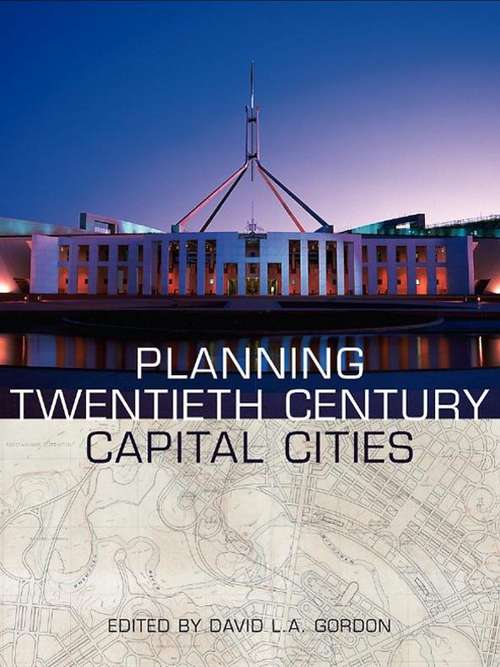 However, the focus here is not only on recently created capitals. Indeed, the case studies which make up the core of the book show that, while very different, the development of London or Rome presents as great a challenge to planners and politicians as the design and building of Brasília or Chandigarh. Put simply, this book sets out to explore what makes capital cities different from other cities, why their planning is unique, and why there is such variety from one city to another.

For anyone with an interest in urban planning and design, architectural, planning and urban history, urban geography, or simply capital cities and why they are what they are, Planning Twentieth Century Capital Cities will be the key source book for a long time to come.