A Classical Introduction to Galois Theory 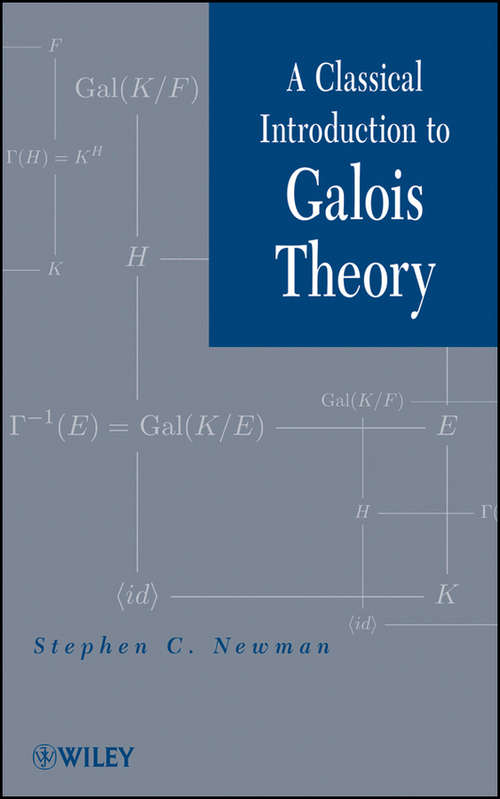 Explore the foundations and modern applications of Galois theory Galois theory is widely regarded as one of the most elegant areas of mathematics. A Classical Introduction to Galois Theory develops the topic from a historical perspective, with an emphasis on the solvability of polynomials by radicals. The book provides a gradual transition from the computational methods typical of early literature on the subject to the more abstract approach that characterizes most contemporary expositions. The author provides an easily-accessible presentation of fundamental notions such as roots of unity, minimal polynomials, primitive elements, radical extensions, fixed fields, groups of automorphisms, and solvable series. As a result, their role in modern treatments of Galois theory is clearly illuminated for readers. Classical theorems by Abel, Galois, Gauss, Kronecker, Lagrange, and Ruffini are presented, and the power of Galois theory as both a theoretical and computational tool is illustrated through: A study of the solvability of polynomials of prime degree Development of the theory of periods of roots of unity Derivation of the classical formulas for solving general quadratic, cubic, and quartic polynomials by radicals Throughout the book, key theorems are proved in two ways, once using a classical approach and then again utilizing modern methods. Numerous worked examples showcase the discussed techniques, and background material on groups and fields is provided, supplying readers with a self-contained discussion of the topic. A Classical Introduction to Galois Theory is an excellent resource for courses on abstract algebra at the upper-undergraduate level. The book is also appealing to anyone interested in understanding the origins of Galois theory, why it was created, and how it has evolved into the discipline it is today.