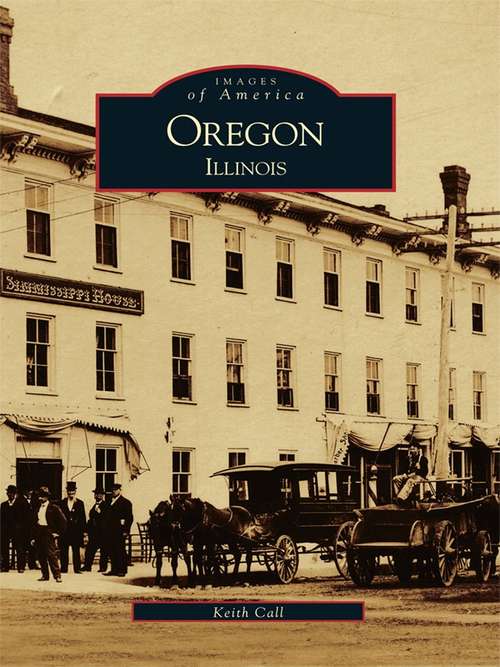 Oregon, Ill., the administrative seat of Ogle County, lies midway between Rockford and Dixon. From its four state parks to Stronghold Castle, and from quiet tree-lined avenues to the regal Blackhawk statue, Oregon has long provided a haven for tourists, campers, boy scouts, church retreats, and artists: anyone seeking a unique taste of small town Midwestern life. In the early 1830s, pioneer John Phelps journeyed into the Rock River valley, eager to explore. He befriended Native Americans and enjoyed the land, but harbored no intent to stay. However, he wrote that "these beautiful undulating and rich prairies left an impression on my memory that no time could erase." Thus, at the suggestion of surveyor Colonel William S. Hamilton, son of Alexander Hamilton, he built a cabin, planted a crop, and staked his claim. Others wisely followed Phelps, and have been following ever since. Through text and images,Oregon, Illinois seeks to chronicle the story of a most remarkable community whose rich heritage reaches back nearly to the founding of this nation.