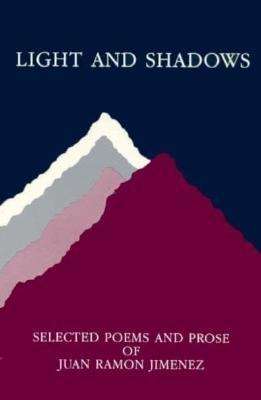 Juan Ramón Jiménez, along with Antonio Machado and Unamuno, formed the generation of '98 which ushered in a renaissance in Spanish poetry at the turn of the century. Their work inspired the next generation of Spanish poets including Lorca, Aleixandre, Alberti, and Guillen. Juan Ramon, as he was fondly known, was very supportive of younger writers, commenting on their work and publishing it in magazines he edited.

Juan Ramón Jiménez was a poet of solitude and lightness. His poems were ecstatic moments of life which rise up like sparks from a campfire. Rather than relying on rhythm and technique, he emphasized how a poet should live, realizing that only in solitude do man's emotions finally become clear to him.

In 1956 Jimenez received the Nobel Prize for Literature. In awarding the prize the Nobel Committee honored Jimenez "for your lyric poetry, which in the Spanish language, constitutes an exemplar of high spirituality and artistic purity" and said "by being an idealist dreamer, Jiménez represents ... the highest Spanish tradition and honoring him is also honoring Machado and Garcia Lorca ..." The joy of receiving the Nobel Prize was diminished by his intense grief over the illness of his wife, Zenobia, who died shortly after. Jiménez stopped writing, living himself only until 1958.

Jiménez dedicated over fifty years of his life to poetry. Each poem had a life of its own, a bit of the Tao running through it. He seems to have gradually become aware of the natural force residing in all things: a tree, a woman, a moonlit mountain ...

This collection brings together a selection of poems from all periods of his work and is rounded out with a generous selection from Juan Ramón Jiménez's widely-admired prose work Platero and I.