US Strategy in Africa 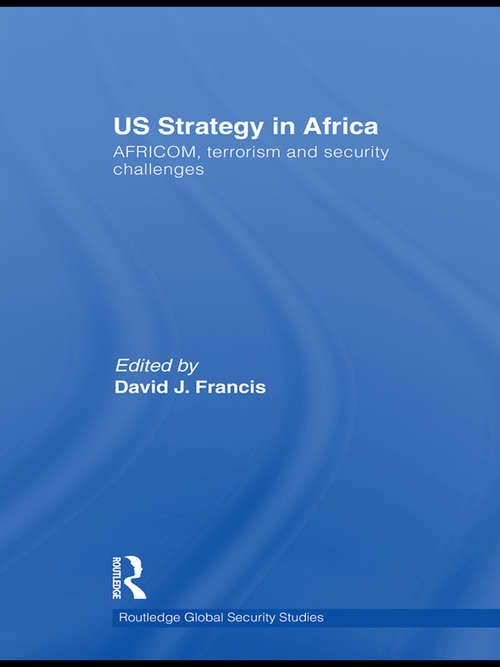 This book outlines the construction, interpretations and understanding of US strategy towards Africa in the early twenty-first century.

No single issue or event in the recent decades in Africa has provoked so much controversy and unified hostility and opposition as the announcement by former President George W. Bush of the establishment of the United Stated Africa Command – AFRICOM. The intensity and sheer scale of the unprecedented unity of opposition to AFRICOM across Africa surprised many experts and lead them to ask why such a hostile reaction occurred.

This book explores the conception of AFRICOM and the subsequent reaction in two ways. Firstly, the contributors critically engage with the creation and global imperatives for the establishment of AFRICOM and present an analytical outline of African security in relation to and within the context of the history of US foreign and security policy approaches to Africa. Secondly, the book has original chapter contributions by some of the key actors involved in the development and implementation of the AFRICOM project including Theresa Whelan, the former US Deputy Assistant Secretary for African Affairs. This is not only an attempt to contribute to the academic and policy-relevant debates based on the views of those who are intimately involved in the design and implementation of the AFRICOM project but also to show, in their own words, that ‘America has no clandestine agenda for Africa’.

David J. Francis is Chair of African Peace & Conflict Studies in the Department of Peace Studies at the University of Bradford.