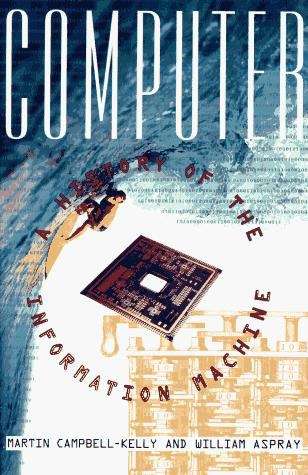 Blending strong narrative history and a fascinating look at the interface of business and technology, Computer: A History of the Information Machine traces the dramatic story of the invention of the computer. More than just the tale of a tool created by scientists to crunch numbers, this book suggests a richer story behind the computer's creation, one that shows how business and government were the first to explore the unlimited potential of the machine as an information processor. Not surprisingly, at the heart of the business story is IBM. A story of old-fashioned entrepreneurship in a symbiotic relationship with scientific know-how, it begins way back when "computers" were people who did the computational work of scientists, and Charles Babbage attempted in vain to mechanize the process. But it also shows how entrepreneurs like Herman Hollerith, seeing a business opportunity in a machine that could mechanically tabulate the U.S. census, created a punched-card tabulator that became the technology that created IBM.

The authors show how ENIAC, the first fully electronic computer, emerged out of the wartime need of the military for computers that performed at lightning speed and did not need human intervention at any stage of the process. Most interesting is the story of how the computer began to reshape broad segments of our society when the PC enabled new modes of computing that liberated people from dependence on room-sized, enormously expensive mainframe computers. Filled with lively insights-many about the world of computing in the 1990s, such as the strategy behind Microsoft Windows-as well as a discussion of the rise and creation of the World Wide Web, here is a book no one who owns or uses a computer will want to miss.