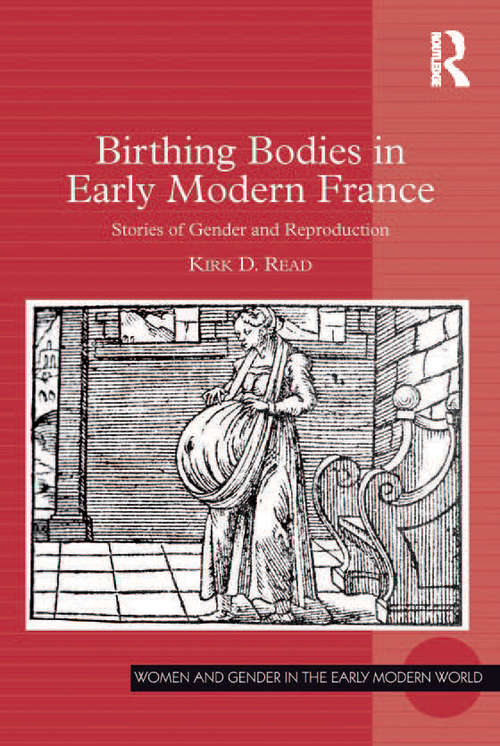 The pregnant, birthing, and nurturing body is a recurring topos in early modern French literature. Such bodies, often metaphors for issues and anxieties obtaining to the gendered control of social and political institutions, acquired much of their descriptive power from contemporaneous medical and scientific discourse. In this study, Kirk Read brings together literary and medical texts that represent a range of views, from lyric poets, satirists and polemicists, to midwives and surgeons, all of whom explore the popular sixteenth- and early seventeenth-century narratives of birth in France. Although the rhetoric of birthing was widely used, strategies and negotiations depended upon sex and gender; this study considers the male, female, and hermaphroditic experience, offering both an analysis of women's experiences to be sure, but also opening onto the perspectives of non-female birthers and their place in the social and political climate of early modern France. The writers explored include Rabelais, Madeleine and Catherine Des Roches, Louise Boursier, Pierre de Ronsard, Pierre Boaistuau and Jacques Duval. Read also explores the implications of the metaphorical use of reproduction, such as the presentation of literary work as offspring and the poet/mentor relationship as that of a suckling child. Foregrounded in the study are the questions of what it means for women to embrace biological and literary reproduction and how male appropriation of the birthing body influences the mission of creating new literary traditions. Furthermore, by exploring the cases of indeterminate birthing entities and the social anxiety that informs them, Read complicates the binarisms at work in the vexed terrain of sexuality, sex, and gender in this period. Ultimately, Read considers how the narrative of birth produces historical conceptions of identity, authority, and gender.