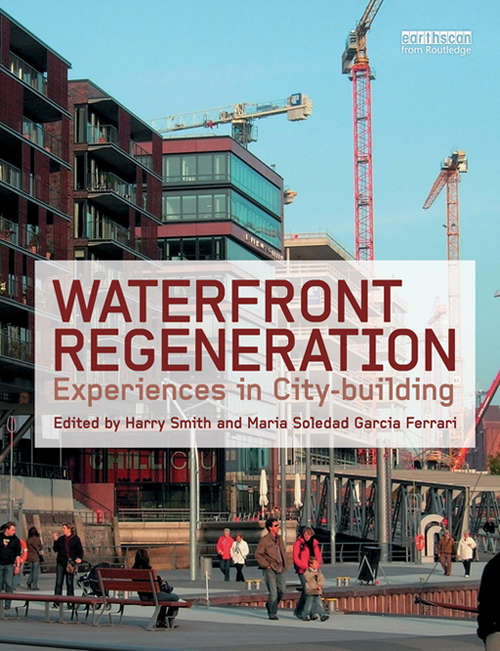 Waterfront regeneration and development represents a unique opportunity to spatially and visually alter cities worldwide. However, its multi-faceted nature entails city-building with all its complexity including the full range of organizations involved and how they interact. This book examines how more inclusive stakeholder involvement has been attempted in the nine cities that took part in the European Union funded Waterfront Communities Project. It focuses on analyzing the experience of creating new public realms through city-building activities. These public realms include negotiation arenas in which different discourses meet and are created – including those of planners, urban designers and architects, politicians, developers, landowners and community groups – as well as physical environments where the new city districts' public life can take place, drawing lessons for waterfront regeneration worldwide.

The book opens with an introduction to waterfront regeneration and then provides a framework for analyzing and comparing waterfront redevelopments, which is followed by individual case study chapters highlighting specific topics and issues including land ownership and control, decision making in planning processes, the role of planners in public space planning, visions for waterfront living, citizen participation, design-based waterfront developments, a social approach to urban waterfront regeneration and successful place making. Significant findings include the difficulty of integrating long term 'sustainability' into plans and the realization that climate change adaptation needs to be explicitly integrated into regeneration planning. The transferable insights and ideas in this book are ideal for practising and student urban planners and designers working on developing plans for long-term sustainable waterfront regeneration anywhere in the world.