God's Promises That Keep Us 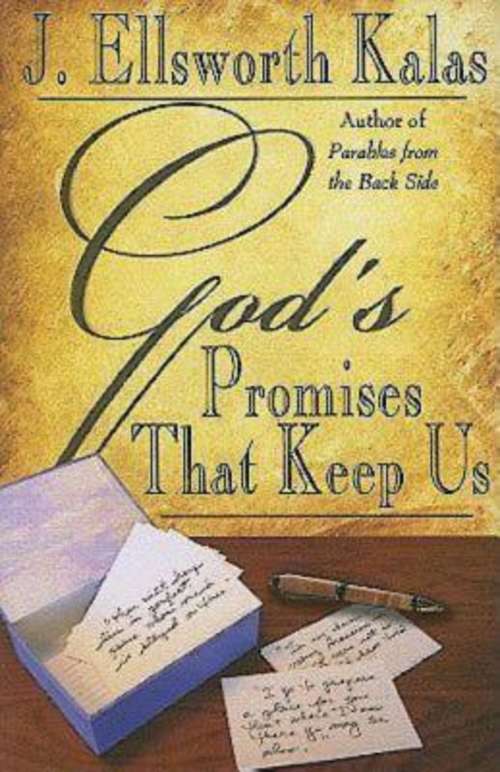 "In the case of this book, I can tell you not only when it came to birth but also where. It was in a quite modest kitchen at 1506 Center Street in Sioux City, Iowa, over a period of years in the late 1930s. On a shelf in that kitchen, just above the stove, was a box of cards, each measuring roughly one by three inches, each one containing a verse from the Bible. The box was popularly referred to as "precious promises." I don't know if that was the name the publisher gave to the collection or if it was the title earnest Christians had given to such verses long before an enterprising publisher organized a specific collection into printed form; I only know how sacred and beloved the box was to my mother and to untold thousands of other persons at that time.

The verses covered a wide area of biblical teaching. Many had a quality of admonition and instruction, but the overall mood was one of encouragement. Those who kept such a box in easy reach were sustained by the contents. Some verses took on such personal significance that they were laid aside on top of the box or beside it, to be looked at more often. Mind you, the owner of the box knew such verses by heart, but there was a peculiar strength in looking at the printed form and holding it in one's hand. And I might add that by the time she took her "promise for the day" she would already have prayed on her knees and have read a longer portion from the Bible. I revered those promises because they meant so much to my parents, especially my mother, and because on several occasions I had seen how uniquely appropriate a particular verse proved to be at a particular time.

That Center Street box has now been lost for half a century or more, so I can't promise that the verses I embrace in this book were all in that box. The Bible verses I've included in this book are verses that have blessed me over the years, and I dare to believe that some or all of them will give a lift or a thought to you. Some have become significant to me in times of pain, some in joy.

When you read this book, I'm very sure you will think of a verse that is priceless to you, and you'll wonder why it's not in this book. The verse may mean so much to you that perhaps you will reprimand me, even if kindly, for not including it. If you do, I'll understand. I'll just know that, whether or not you've ever seen a box of precious promises, you have discovered that there are promises that keep us. And I will thank God with you that you have found it to be so." (J. Ellsworth Kalas, adapted from the foreword)

This book will contain a discussion guide.