Life from the UpSide 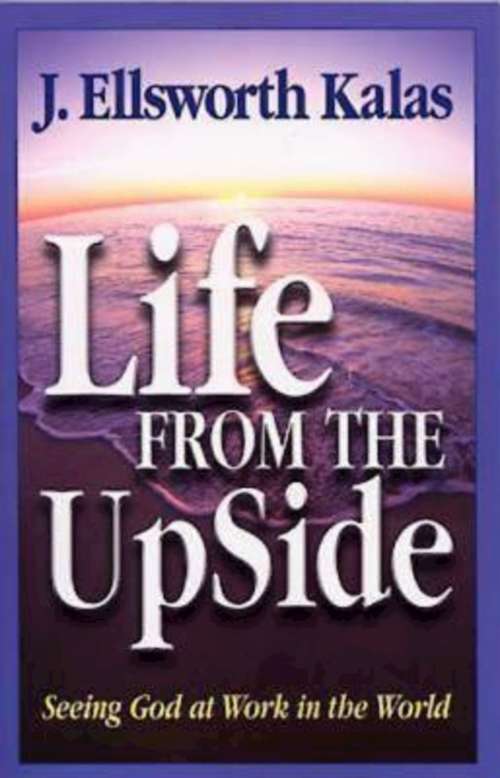 "I confess that I am an unreconstructed optimist. Not a naive one; I've lived too long for that, long enough to have experienced a resounding case for pessimism. I have vivid memories of the Great Depression, and I've lived through several wars and those international anomalies that we call police actions. I've watched what has seemed to me to be a rather steady decline in both public and private morals, and a growing confusion about ethics. And of course, I've watched the increasing prevalence of both evil and inanity (sometimes they're synonymous) in television and on the Internet." from the Introduction But: There is God. And because there is God, there is goodness. I profoundly believe that God is at work in our world and that our planet has not yet been written off as a lost cause. History seems to tell me that though our human race appears so often to dedicate itself to its own destruction, God is always at work, usually, I think, behind the scenes. And because of God, faith, love, and goodness keep being reborn. So I write about Life from the Up Side.

On Being Born with a Rusty Spoon: For those who've had a bad start

When Life Is at January: Who knows what wonders lie ahead?

A Woman Who Lived with Scorn: For those who suffer rejection close at hand

Don't Blame the Donkey! Capitalize on your adversity

When You've Been Given a Bad Name: Don't let others define you

Color Her Moses: Never give up. Never.

Plot for a Life: More than success

Party Gone Flat: What to do when life loses its flavor

Suppose You're Worth More Than You Think You Are: It's time you calculated your worth

How Wide Is a Boat? Gladness is nearer than you think

Strange Victory: The gains in our losses

The View from Mount Nebo: And then, there is heaven