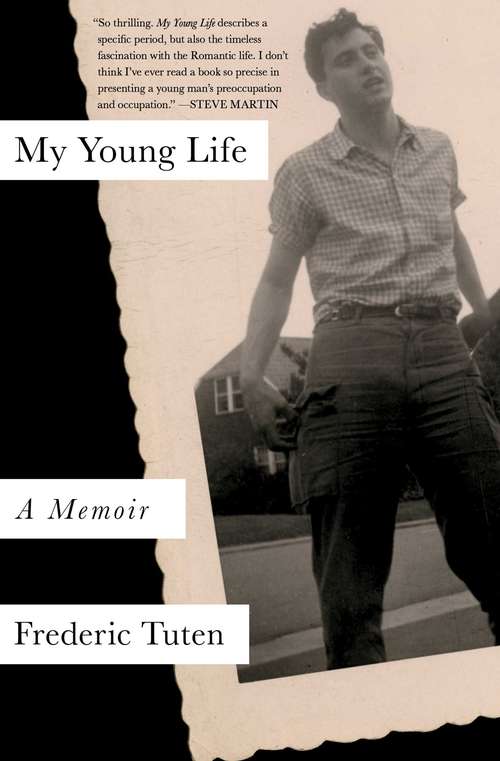 Novelist, essayist, and critic Frederic Tuten recalls his personal and artistic coming-of-age in 1950s New York, a defining period that would set him on the course to becoming a writer.Born in the Bronx to a Sicilian mother and Southern father, Frederic Tuten always dreamed of being an artist. Determined to trade his neighborhood streets for the romantic avenues of Paris, he learned to paint and draw, falling in love with the process of putting a brush to canvas, and the feeling it gave him. At fifteen, he decided to leave high school and pursue the bohemian life he’d read about in books, a life of salons and cafes and “worldly women” from whom he could learn and grow. But, before he could, he would receive an extraordinary education, right in his own backyard. My Young Life is the story of those early formative years where, in the halls of Christopher Columbus High School, and later the City College of New York, Frederic would discover the kind of life he wanted to lead. As Tuten travels downtown for classes at the Art Students League, spends afternoons reading in Union Square, and discovers the vibrant scenes of downtown galleries and Lower East Side bars, he finds himself a member of a new community of artists, gathering friends, influences—and many girlfriends—along the way. Frederic Tuten has had a remarkable life, writing books, traveling around the world, acting in and creating films, and even conducting summer workshops with Paul Bowles in Tangiers. Spanning two decades and bringing us from his family’s kitchen table in the Bronx and the cafes of Greenwich Village and back again, My Young Life is an intimate and enchanting portrait of an artist’s coming-of-age, set against one of the most exciting creative periods of our time.