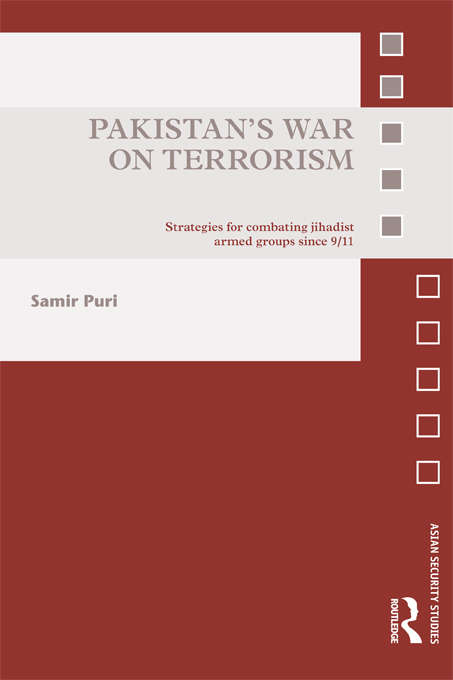 This book examines Pakistan's strategies in the war against Islamist armed groups that began late 2001, following the 9/11 attacks.

The significance of the war inside Pakistan can hardly be understated. Starting in the tribal territories adjacent to Afghanistan, Pakistan’s war has come to engulf the majority of the country through a brutal campaign of suicide bombings. Thousands of Pakistani lives have been lost and the geostrategic balance of the region has been thrown into deep uncertainty.

Pakistan's War on Terrorism is an account of a decade-long war following the 9/11 attacks, that is yet to be chronicled in systematic fashion as a campaign of military manoeuvre and terrorist reprisal. It is also an analytic account of Pakistan’s strategic calculus during this time, both in military and political terms, and how these factors have been filtered by Pakistan’s unique strategic culture.

This text will be of great interest to students of Asian Politics, Terrorism and Political Violence, and Security Studies in general.