The Flight of the Intellectuals 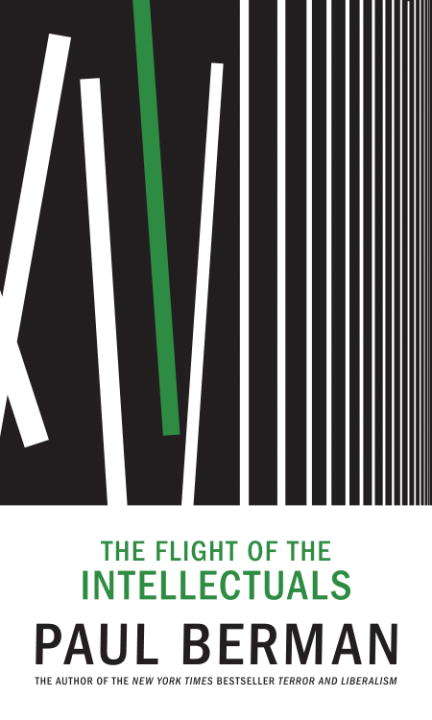 Twenty years ago, Ayatollah Khomeini called for the assassination of Salman Rushdie--and writers around the world instinctively rallied to Rushdie's defense. Today, according to writer Paul Berman, "Rushdie has metastasized into an entire social class"--an ever-growing group of sharp-tongued critics of Islamist extremism, especially critics from Muslim backgrounds, who survive only because of pseudonyms and police protection. And yet, instead of being applauded, the Rushdies of today (people like Ayan Hirsi Ali and Ibn Warraq) often find themselves dismissed as "strident" or as no better than fundamentalist themselves, and contrasted unfavorably with representatives of the Islamist movement who falsely claim to be "moderates."How did this happen? In THE FLIGHT OF THE INTELLECTUALS, Berman--"one of America's leading public intellectuals" (Foreign Affairs)--conducts a searing examination into the intellectual atmosphere of the moment and shows how some of the West's best thinkers and journalists have fumbled badly in their efforts to grapple with Islamist ideas and violence. Berman's investigation of the history and nature of the Islamist movement includes some surprising revelations. In examining Hassan al-Banna, the founder of the Muslim Brotherhood, he shows the rise of an immense and often violent worldview, elements of which survives today in the brigades of al-Qaeda and Hamas. Berman also unearths the shocking story of al-Banna's associate, the Grand Mufti of Jerusalem, who collaborated personally with Adolf Hitler to incite Arab support of the Nazis' North African campaign. Echoes of the Grand Mufti's Nazified Islam can be heard among the followers of al-Banna even today.In a gripping and stylish narrative Berman also shows the legacy of these political traditions, most importantly by focusing on a single philosopher, who happens to be Hassan al-Banna's grandson, Oxford professor Tariq Ramadan--a figure widely celebrated in the West as a "moderate" despite his troubling ties to the Islamist movement. Looking closely into what Ramadan has actually written and said, Berman contrasts the reality of Ramadan with his image in the press.In doing so, THE FLIGHT OF THE INTELLECTUALS sheds light on a number of modern issues--on the massively reinvigorated anti-Semitism of our own time, on a newly fashionable turn against women's rights, and on the difficulties we have in discussing terrorism--and presents a stunning commentary about the modern media's peculiar inability to detect and analyze some of the most dangerous ideas in contemporary society.