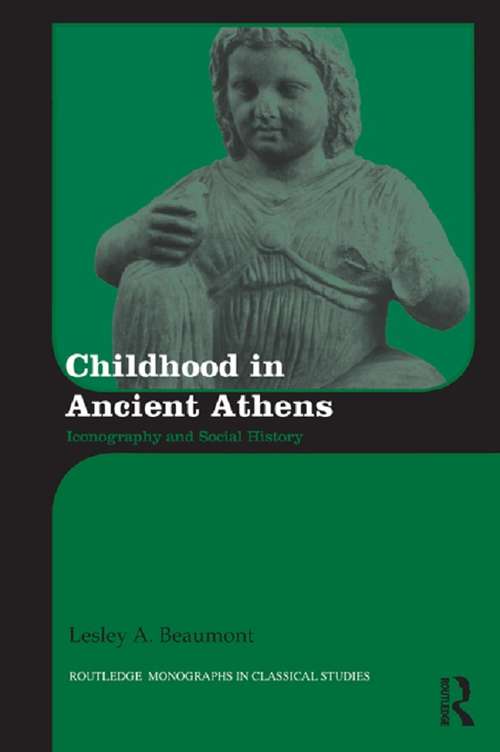 Childhood in Ancient Athens offers an in-depth study of children during the heyday of the Athenian city state, thereby illuminating a significant social group largely ignored by most ancient and modern authors alike. It concentrates not only on the child's own experience, but also examines the perceptions of children and childhood by Athenian society: these perceptions variously exhibit both similarities and stark contrasts with those of our own 21st century Western society. The study covers the juvenile life course from birth and infancy through early and later childhood, and treats these life stages according to the topics of nurture, play, education, work, cult and ritual, and death.

In view of the scant ancient Greek literary evidence pertaining to childhood, Beaumont focuses on the more copious ancient visual representations of children in Athenian pot painting, sculpture, and terracotta modelling. Notably, this is the first full-length monograph in English to address the iconography of childhood in ancient Athens, and it breaks important new ground by rigorously analysing and evaluating classical art to reconstruct childhood’s social history. With over 120 illustrations, the book provides a rich visual, as well as narrative, resource for the history of childhood in classical antiquity.