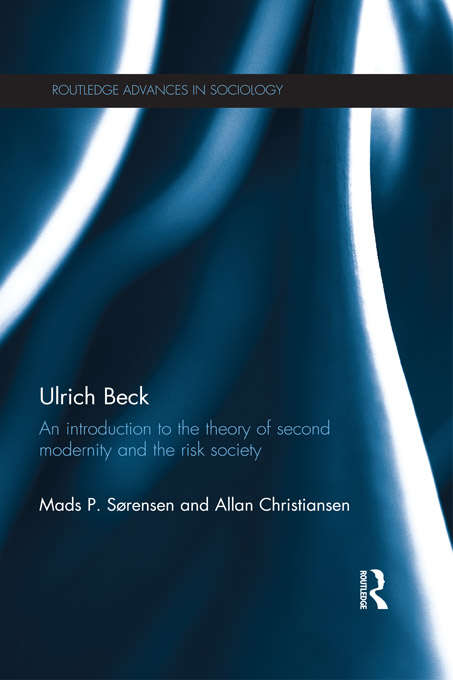 Since the 1980s, Ulrich Beck has worked extensively on his theories of second modernity and the risk society. In Ulrich Beck, Mads P. Sørensen and Allan Christiansen provide an extensive and thorough introduction to the German sociologist’s collected works. The book covers his sociology of work, his theories of individualization, globalization and subpolitics, his world famous theory of the risk society and second modernity as well as his latest work on cosmopolitanism.

Focusing on the theory outlined in Beck’s chief work, Risk Society, and on his theory of second modernity, Sørensen and Christiansen explain the sociologist’s ideas and writing in a clear and accessible way. Largely concerned with the last 25 years of Beck’s authorship, the book nevertheless takes a retrospective look at his works from the late seventies and early eighties, and reviews the critique that has been raised against Beck’s sociology through the years. Each chapter of Ulrich Beck comes with a list of suggested further reading, as well as explanations of core terms. The book also includes a biography of Beck, and full bibliographies of his work in both English and German.

This comprehensive introduction will be of interest to all students of sociology, contemporary social theory, globalization theory, environmental studies, politics, geography and risk studies.