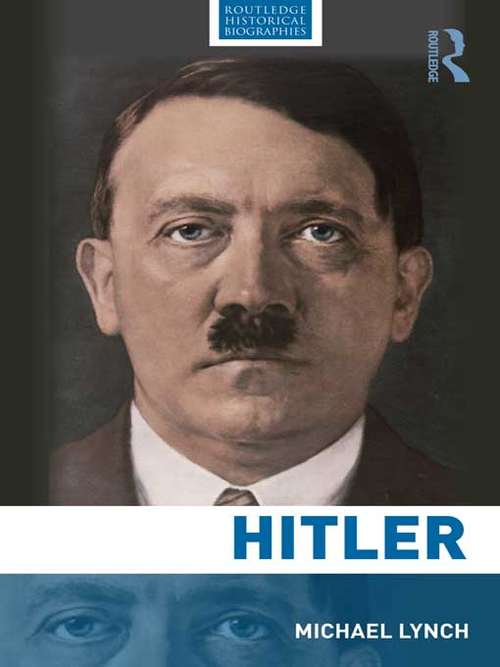 Adolf Hitler is the most notorious political figure of the twentieth century. The story of his life, how he became a dictator, and how he managed to convince so many to follow his cause is a subject of perennial fascination.

Balancing narrative and analysis, this biography employs a chronological approach to describe the main features of Hitler’s career. Set against the background of developments in Germany and Europe during his lifetime, the text tells the extraordinary story of how an Austrian layabout rose to become Führer of the Third Reich.

The chapters incorporate into their narrative the major debates surrounding Hitler’s ideas, behaviour and historical significance. Particular attention is paid to his experience as a soldier in 1914 -18 and to the reasons why his original left-wing sympathies transmuted into Nazism. Arguments over the real character of Hitler’s dictatorship are analysed and a measured assessment is offered on the disputed issues of how far Hitler initiated the Third Reich’s domestic and foreign policies himself and to what extent he was controlled by events. His destructive leadership of wartime Germany is now a subject of close scrutiny among historians and the book’s final chapters deal with this theme and offer a set of reflections on Hitler’s relationship with the German people and his legacy to the German nation.