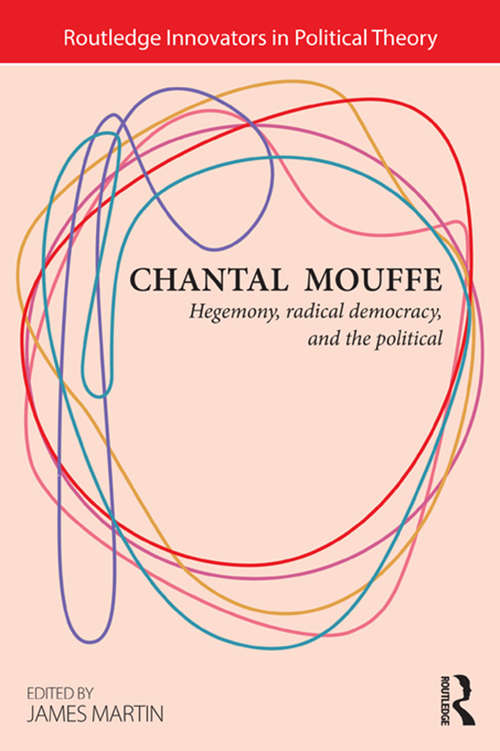 Chantal Mouffe’s writings have been innovatory with respect to democratic theory, Marxism and feminism. Her work derives from, and has always been engaged with, contemporary political events and intellectual debates. This sense of conflict informs both the methodological and substantive propositions she offers. Determinisms, scientific or otherwise, and ideologies, Marxist or feminist, have failed to survive her excoriating critiques. In a sense she is the original post-Marxist, rejecting economisms and class-centric analyses, and also the original post-feminist, more concerned with the varieties of ‘identity politics’ than with any singularities of ‘women’s issues’.

While Mouffe’s concerns with power and discourse derive from her studies of Gramsci’s theorisations of hegemony and the post-structuralisms of Derrida and Foucault, her reversal of the very terms through which political theory proceeds is very much her own. She centres conflict, not consensus, and disagreement, not finality. Whether philosophically perfectionist, or liberally reasonable, political theorists have been challenged by Mouffe to think again, and to engage with a new concept of ‘the political’ and a revived and refreshed notion of ‘radical democracy’.

The editor has focused on her work in three key areas:

Hegemony: From Gramsci to ‘Post-Marxism’

The Political: A Politics Beyond Consensus

The volume concludes with a new interview with Chantal Mouffe.