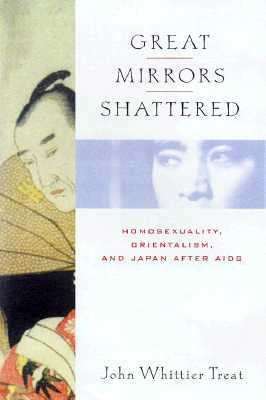 A startling memoir of a year in Japan during its national hysteria over AIDS In 1986, John Whittier Treat went to Tokyo on sabbatical to write a book about the literature of Hiroshima and Nagasaki. But once there, he found himself immersed in the emergence of a new kind of Holocaust, AIDS, and the sweeping denial, hysteria, and projection with which Japan--a place where "there are no homosexuals"--tried to insulate itself from the epidemic. Great Mirrors Shattered is a compelling memoir of a gay man thoroughly familiar with the Japanese homosexual underground, a man anxious for his own health and unsure of the relationship he has left behind in the United States. It is also a highly self-aware analysis of Orientalism, which the author defines as "the Western study of everywhere else," and an exploration of how sexual identity conditions knowledge across cultures. Jump-cutting between such texts as Thomas Mann's Death in Venice, Pierre Loti's Madame Chrysantheme, Saikaku's The Great Mirror of Male Love, the writings of Roland Barthes, newspaper headlines, and his own experiences during a previous stay in Japan, Treat creates an intricately textured account of the problems inherent in how we "know" another culture. The questions of self and other, difference and sameness, time past and time present, America and Japan, are explored here with rare intelligence and unabashedly personal disclosure. Great Mirrors Shattered gives us a brilliantly fractured reflection of a year in one man's life, and the first study of the sexual politics behind what the West has come to know not just about Japan, but any place Europeans and Americans have gone to escape the confining rules of their home cultures. JOHN WHITTIER TREAT is Professor of Asian Languages and Literatures at the University of Washington, Seattle, and the author of Contemporary Japan and Popular Culture and Writing Ground Zero Japanese Literature and the Atomic Bomb. He lives in Seattle.