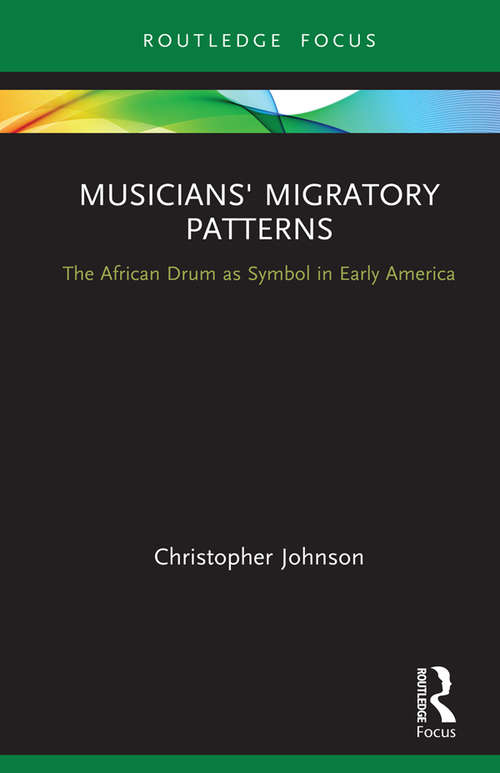 Musicians’ Migratory Patterns: The African Drum as Symbol in Early America questions the ban that was placed on the African drum in early America. It shows the functional use of the drum for celebrations, weddings, funerals, religious ceremonies, and nonviolent communication. The assumption that "drums and horns" were used to communicate in slave revolts is undone in this study. Rather, this volume seeks to consider the "social place" of the drum for both blacks and whites of the time, using the writings of Europeans and colonial-era Americans, the accounts of African American free persons and slaves, the period instruments, and numerous illustrations of paintings and sculpture.

The image of the drum was effectively appropriated by Europeans and Americans who wrote about African American culture, particularly in the nineteenth century, and re-appropriated by African American poets and painters in the early twentieth century who recreated a positive nationalist view of their African past. Throughout human history, cultural objects have been banned by one group to be used another, objects that include books, religious artifacts, and ways of dress. This study unlocks a metaphor that is at the root of racial bias—the idea of what is primitive—while offering a fresh approach by promoting the construct of multiple-points-of-view for this social-historical presentation.