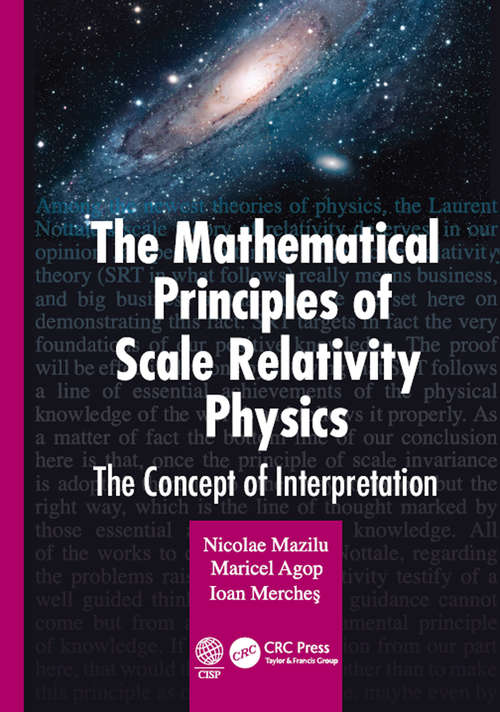 The Mathematical Principles of Scale Relativity Physics: The Concept of Interpretation explores and builds upon the principles of Laurent Nottale’s scale relativity. The authors address a variety of problems encountered by researchers studying the dynamics of physical systems. It explores Madelung fluid from a wave mechanics point of view, showing that confinement and asymptotic freedom are the fundamental laws of modern natural philosophy. It then probes Nottale’s scale transition description, offering a sound mathematical principle based on continuous group theory. The book provides a comprehensive overview of the matter to the reader via a generalization of relativity, a theory of colors, and classical electrodynamics.

Provides the fundamental equations necessary for interpretation of matter, describing the ensembles of free particles according to the concepts of confinement and asymptotic freedom

Establishes a natural connection between the Newtonian forces and the Planck’s law from the point of view of space and time scale transition: both are expressions of invariance to scale transition

The work will be of great interest to graduate students, doctoral candidates, and academic researchers working in mathematics and physics.