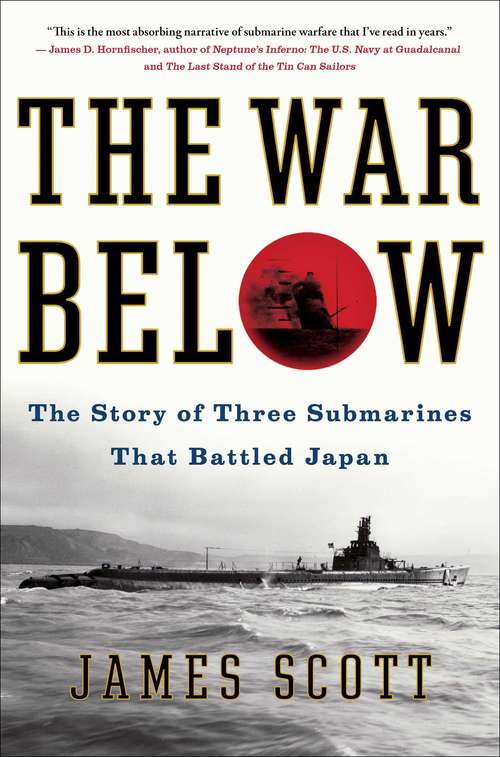 "Beautifully researched and masterfully told" (Alex Kershaw, New York Times bestselling author of Escape from the Deep), this is the riveting story of the heroic and tragic US submarine force that helped win World War II in the Pacific.Focusing on the unique stories of three of the war's top submarines--Silversides, Drum, and Tang--The War Below vividly re-creates the camaraderie, exhilaration, and fear of the brave volunteers who took the fight to the enemy's coastline in World War II. Award-winning journalist James Scott recounts incredible feats of courage--from an emergency appendectomy performed with kitchen utensils to sailors' desperate struggle to escape from a flooded submarine--as well as moments of unimaginable tragedy, including an attack on an unmarked enemy freighter carrying 1,800 American prisoners of war. The casualty rate among submariners topped that of all other military branches. The war claimed almost one out of every five submarines, and a submarine crewman was six times more likely to die than a sailor onboard a surface ship. But this valorous service accomplished its mission; Silversides, Drum, and Tang sank a combined sixty-two freighters, tankers, and transports. The Japanese were so ravaged from the loss of precious supplies that by the war's end, pilots resorted to suicidal kamikaze missions and hungry civilians ate sawdust while warships had to drop anchor due to lack of fuel. In retaliation, the Japanese often beat, tortured, and starved captured submariners in the atrocious prisoner of war camps. Based on more than 100 interviews with submarine veterans and thousands of pages of previously unpublished letters and diaries, The War Below lets readers experience the battle for the Pacific as never before.