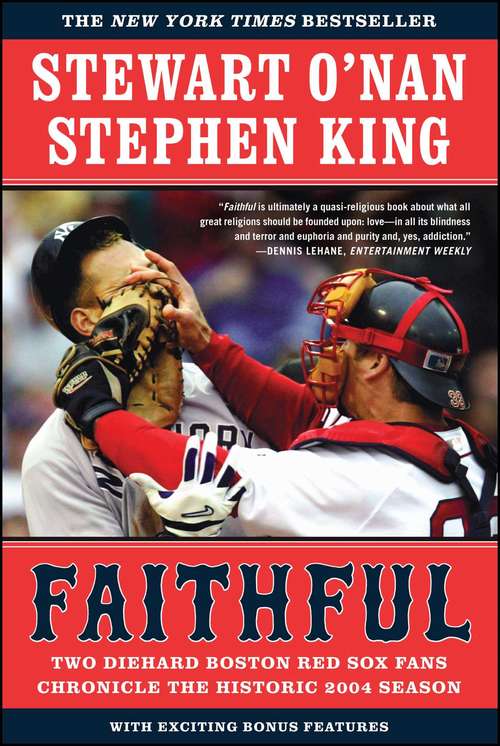 A fan's notes for the ages, Faithful grew from an email exchange last summer. Filled with the heady mix of exhilaration and frustration familiar to all Boston Red Sox fans, Stewart O'Nan fired off a note to fellow Sox fan, Stephen King, who responded with his thoughts on Pedro, Nomar, Manny, Mueller, and Theo. From the supposed Curse of the Bambino to f###in' Bucky Dent to the recent off-season battle for Alex Rodriguez, Sox fans have seen it all since 1918. . . except for that elusive World Championship. Baseball history has transformed these fans into a "nation" -- not to mention the most dedicated, knowledgeable fanbase on the planet. Stewart O'Nan and Stephen King, proud members of Red Sox Nation, will chronicle the 2004 baseball season from spring training to the last game of the season -- the important plays, the controversial managerial decisions, the significant front office moves, and the spectacular finish (whether heartbreaking or joyous). Attending games together, keeping a running diary of observations and arguments, and occasionally evoking great or tragic events in Red Sox history. King and O'Nan will cheer on their beloved team with the eternal hope that this just might be the year. If you don't have season ticket box seats right behind the firstbase dugout, you can't beat Faithful.