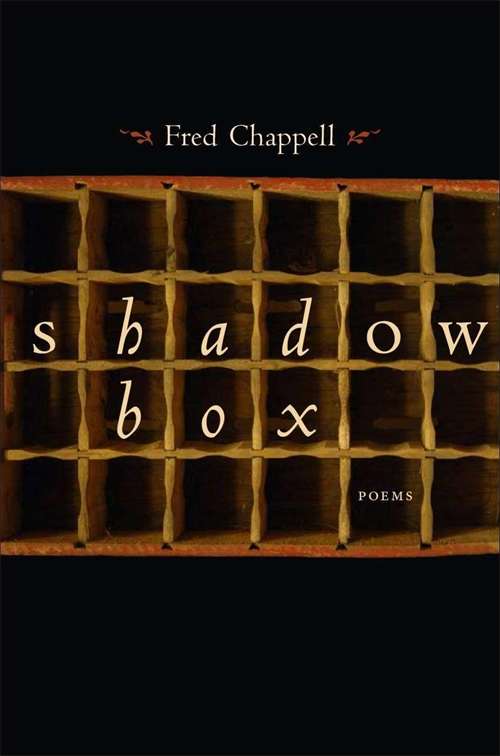 In this sharply innovative collection, renowned poet Fred Chappell layers words and images to create a new and dramatic poetic form—the poem-within-a-poem. Like the shadow box in the volume’s title, each piece consists of an inner world contained, framed, supported by an outer—the two interdependent, sometimes supplementary, often contrary. For example, the grim but gorgeous “The Caretakers” is a landscape that reveals another image inside it. Chappell also introduces sonnets in which the sestet nests within the octet. Play serves as an important component, but the poems do not depend upon gamesmanship or verbal strategems. Instead, they delicately or wittily trace human feelings, respond somberly to the news of the world, and rejoice in humankind’s plentiful variety of attitudes and beliefs. Just as an x-ray can show the inner structure of a physical object, so the techniques in Shadow Box display the internal energies of the separate works.

With this new form—the “enclosed” or “embedded” or “inlaid” poem—Chappell broadens the expressive possibilities of formal poetry, intrigues the imagination in an entirely new way, and offers surprise and revelation in sudden flashes. At once revolutionary and traditional, Shadow Box contains an Aladdin’s trove of surprises.