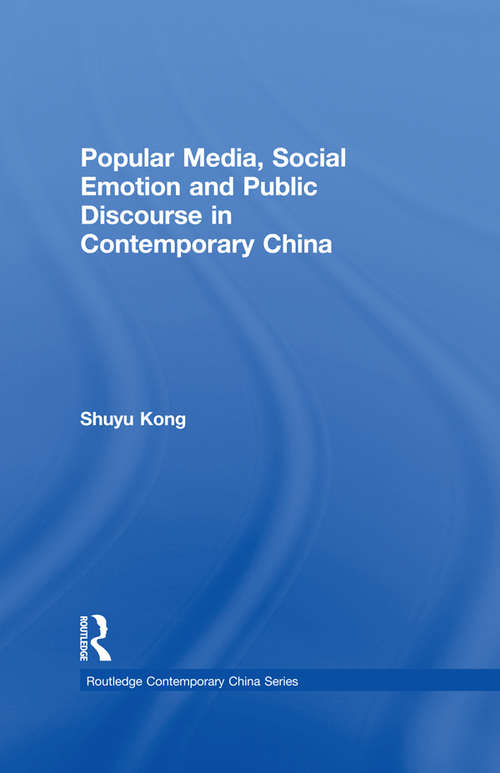 Since the early 1990s the media and cultural fields in China have become increasingly commercialized, resulting in a massive boom in the cultural and entertainment industries. This evolution has also brought about fundamental changes in media behaviour and communication, and the enormous growth of entertainment culture and the extensive penetration of new media into the everyday lives of Chinese people.

Against the backdrop of the rapid development of China’s media industry and the huge growth in social media, this book explores the emotional content and public discourse of popular media in contemporary China. It examines the production and consumption of blockbuster films, television dramas, entertainment television shows, and their corresponding online audience responses, and describes the affective articulations generated by cultural and media texts, audiences and social contexts. Crucially, this book focuses on the agency of audiences in consuming these media products, and the affective communications taking place in this process in order to address how and why popular culture and entertainment programs exert so much power over mass audiences in China. Indeed, Shuyu Kong shows how Chinese people have sought to make sense of the dramatic historical changes of the past three decades through their engagement with popular media, and how this process has created a cultural public sphere where social communication and public discourse can be launched and debated in aesthetic and emotional terms.

Based on case studies that range from television drama to blockbuster films, and reality television programmes to social media sites, this book will be of great interest to students and scholars of Chinese culture and society, media and communication studies, film studies and television studies.