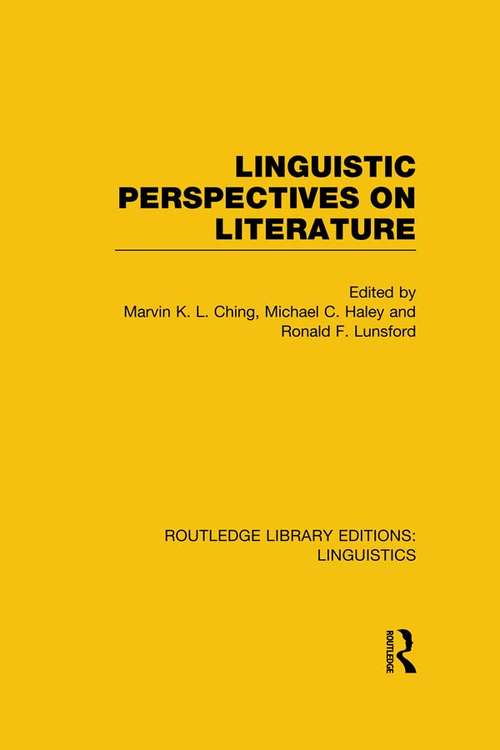 Although linguistics is often a technical and increasingly abstruse discipline, many linguists retain a concern for the way in which linguistics can shed light on literature and literary problems. In their introductory chapter, the editors of this collection of essays, by linguists on either side of the Atlantic, enunciate a bold stance that defines the theoretical relationship between linguistics and literature, delimits what should be considered a linguistic analysis of literature, and explains how such an analysis is related to current theories of readership and literary criticism.

The editors’ theory of the relationship between linguistic and literary studies stipulates an eclectic rather than a holistic approach, and the essays they have gathered together reflect this belief. The contributions include such varied approaches as transformational grammar, text grammar and speech act theory, and the topics analysed include many that are at the heart of literature, such as topicalization, imagery, figurative language, ambiguity, and the play on words through puns. The anthology as a whole illustrates how linguistic theory illuminates the very nature of literary language. It also gives evidence of the new insights into literature that have arisen from a close analysis of the language in which the literature is encoded.