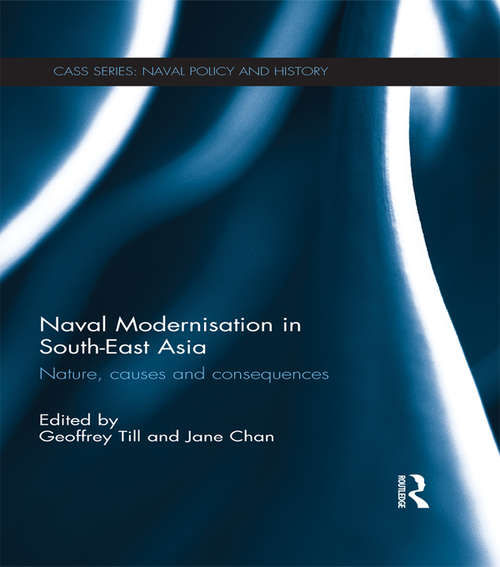 This edited volume analyses the naval arms race in South-East Asia, and reviews the content, purposes and consequences of the naval policies and development of the main countries of the region.

The rise of naval capability in the countries of the Asia-Pacific Region is increasingly recognised as a major indicator of the ‘rise of Asia’ and its increasing importance in the world’s political, economic and strategic future. Most coverage focusses solely on the navies of the 'big four' – the US, China, India and Japan; however, the region’s other navies, though much smaller, are significant too. Given the current focus on the South China Sea and the Obama administration’s pivot to Asia, naval development in South-East Asia is of particular relevance.

This book first identifies the issues involved in defence acquisition in this area. It then goes on to establish some templates of naval modernisation as a means of assessing the policies of individual countries in the region, by looking at the naval policies of the big four. Finally, the general issue of naval modernisation in South-East Asia is illustrated through a more detailed examination of some of the major issues common to all countries of the area. These include the defence-industrial perspective, specific examinations of submarine and surface ship acquisition processes, and a review of the balance to be struck between naval and coastguard forces in the area.

This book will be of much interest to students of naval power, maritime security, South-East Asian politics, strategic studies, and IR in general.