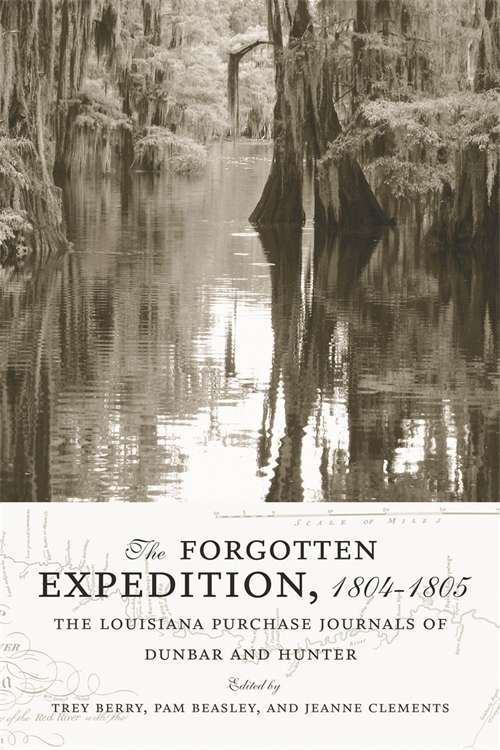 At the same time that he charged Meriwether Lewis and William Clark to explore the great Northwest, President Thomas Jefferson commissioned William Dunbar and George Hunter to make a parallel journey through the southern unmapped regions of the Louisiana Purchase. From October 16, 1804, to January 26, 1805, Dunbar and Hunter, both renowned scientists, made their way through what is now northern Louisiana and southern Arkansas, ascending the Ouachita River and investigating the natural curiosity called "the hot springs." The Forgotten Expedition, 1804-1805 represents the first time that their daily journals -- which describe the flora and fauna, geology, weather, and native peoples they encountered along the way -- appear in a single volume.The team of the "Grand Expedition," as it was optimistically named, was the first to send its findings on the newly annexed territory to the president, who received Dunbar and Hunter's detailed journals with pleasure. They include descriptions of flora and fauna, geology, weather, landscapes, and native peoples and European settlers, as well as astronomical and navigational records that allowed the first accurate English maps of the region and its waterways to be produced. Their scientific experiments conducted at the hot springs may be among the first to discover a microscopic phenomena still under research today.Extensively annotated and carefully researched, The Forgotten Expedition completes the picture of the Louisiana Purchase presented through the journals of explorers Lewis and Clark, Zebulon Pike, and Thomas Freeman and Peter Custis. It is a treasure of the early natural history of North America and the first depiction of this new U.S. southern frontier.