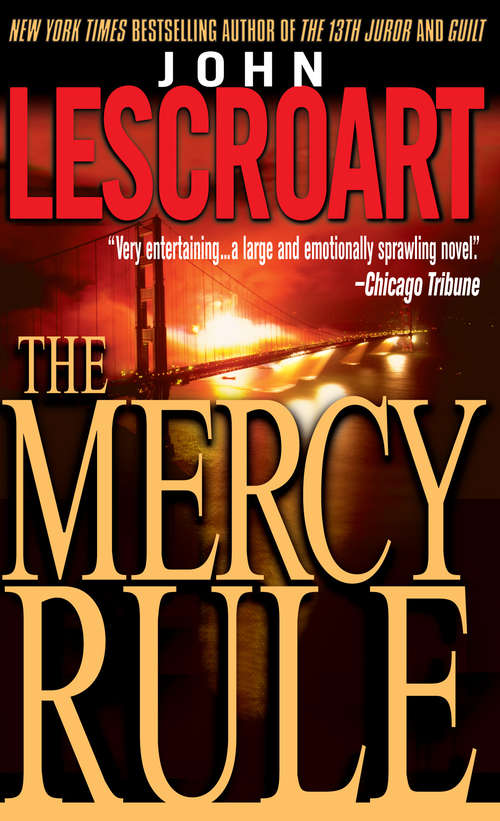 “A stylish whodunit . . . Lescroart [is] in his best form yet.”—People Once Dismas Hardy was a cop. Now he spends his days in a lawyer’s suit, billing hours to a corporate client in a downtown San Francisco office. Hardy’s wife and kids like it that way. Then one client changes everything. Graham Russo, a former baseball star, is charged with murdering his dying father. Was it suicide, the last desperate act of a dying man? Was it murder? Or mercy?Now, as a carnival of reporters, activists, cops, lovers, and families throng around the case, Dismas Hardy is going to trial with a client he doesn’t trust, a key witness he cannot believe, and a system that almost destroyed him once. For Dismas, this case will challenge everything he believes about the law, about his family, and about himself. Because a chilling truth is beginning to emerge about an old man’s lonely death. And what Dismas knows could put him next in line to die. . . . Praise for The Mercy Rule “Very entertaining . . . a large and emotionally sprawling novel.”—Chicago Tribune “As usual in a Lescroart novel, character dominates plot as the author proves, yet again, that resonant drama can be found in family.”—The Philadelphia Inquirer “An edge-of-the-seat legal thriller that has it all—hot-button issues, deception, greed, corruption, and a labyrinthine plot that will keep you guessing until the very last page.”—Faye Kellerman