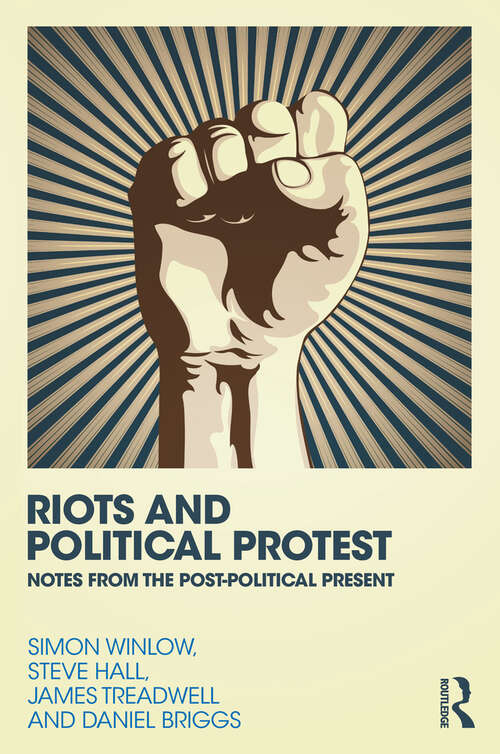 The years 2008 to 2013 saw a new generation of political protestors take to the streets. Riots disrupted many Western cities and new protest movements emerged, keen to address a bleak context of economic collapse and austerity politics.

In this groundbreaking new study, Winlow, Hall, Briggs and Treadwell push past the unworldly optimism of the liberal left to offer an illuminating account of the enclosure and vacuity of contemporary politics. Focusing on the English riots of 2011, the ongoing crisis in Greece, the Indignados, 15M and Podemos in Spain, the Occupy movement in New York and London and the English Defence League in northern England, this book uses original empirical data to inform a strident theoretical critique of our post-political present. It asks: what are these protest groups fighting for, and what are the chances of success?