Chinese Television in the Twenty-First Century 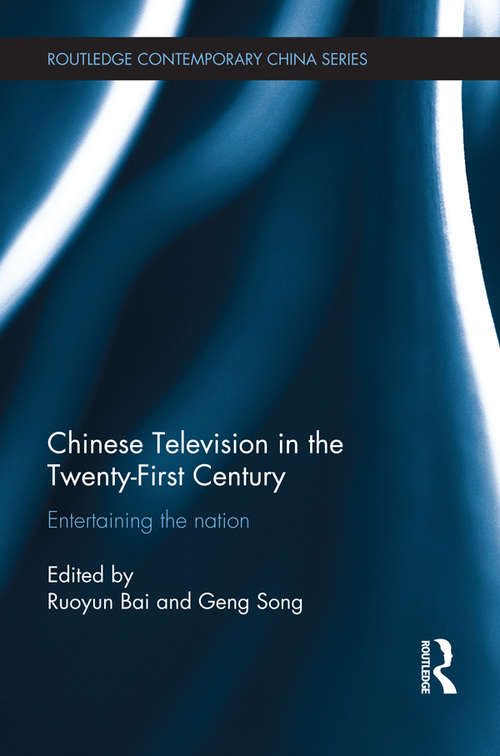 The past two decades witnessed the rise of television entertainment in China. Although television networks are still state-owned and Party-controlled in China, the ideological landscape of television programs has become increasingly diverse and even paradoxical, simultaneously subservient and defiant, nationalistic and cosmopolitan, moralistic and fun-loving, extravagant and mundane. Studying Chinese television as a key node in the network of power relationships, therefore, provides us with a unique opportunity to understand the tension-fraught and , paradox-permeated conditions of Chinese post-socialism.

This book argues for a serious engagement with television entertainment. rethinking, It addresses the following questions. How is entertainment television politically and culturally significant in the Chinese context? How have political, industrial, and technological changes in the 2000s affected the way Chinese television relates to the state and society? How can we think of media regulation and censorship without perpetuating the myth of a self-serving authoritarian regime vs. a subdued cultural workforce? What do popular televisual texts tell us about the unsettled and reconfigured relations between commercial television and the state? The book presents a number of studies of popular television programs that are sensitive to the changing production and regulatory contexts for Chinese television in the twenty-first century.

As an interdisciplinary study of the television industry, this book covers a number of important issues in China today, such as censorship, nationalism, consumerism, social justice, and the central and local authorities. As such, it will appeal to a broad audience including students and scholars of Chinese culture and society, media studies, television studies, and cultural studies.