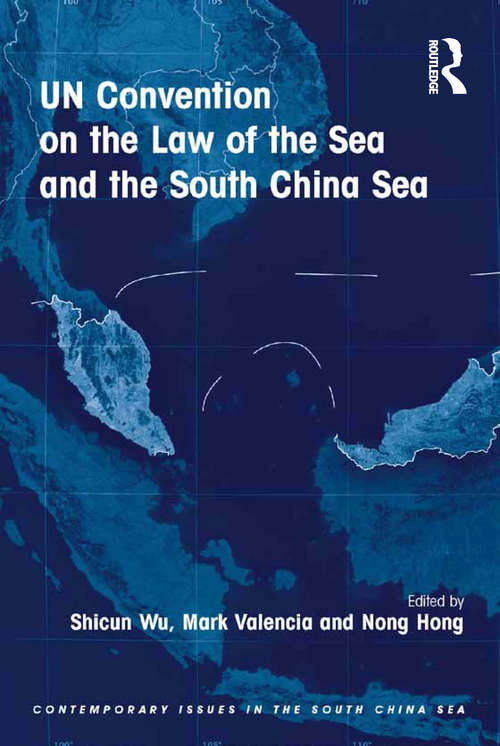 Research on The United Nations Convention on the Law of the Sea (UNCLOS) is a valuable addition to understanding the political situation in the potentially volatile South China Sea region. This book covers topics such as baselines, historic title and rights, due regard and abuse of rights, peaceful use of the ocean, navigation regimes, marine scientific research, intelligence gathering, the UNCLOS dispute settlement system and regional common heritage. In search of varying viewpoints, the authors in this book come from multiple countries, including the Philippines, Australia, Ireland, Mainland China and Taiwan, the United States, and Indonesia, Singapore, UK and Germany. Ongoing events, such as the recent waves made by China in the East China Sea and increasing tensions between the South East Asian countries over the use of South China Sea, make this book especially pertinent.