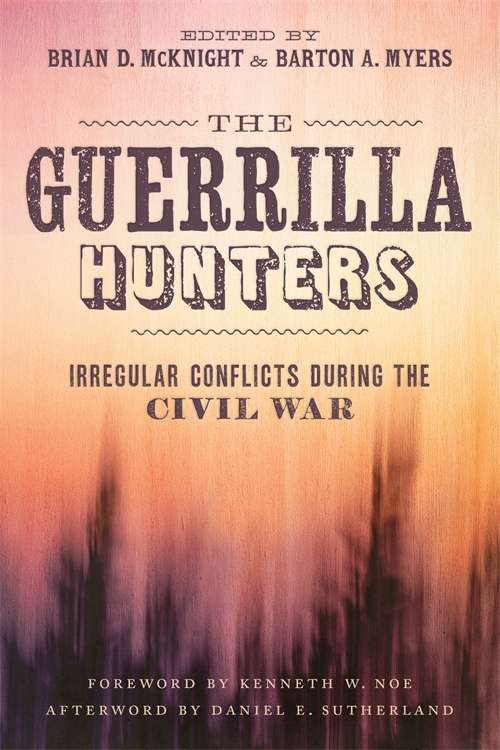 Throughout the Civil War, irregular warfare—including the use of hit-and-run assaults, ambushes, and raiding tactics—thrived in localized guerrilla fights within the Border States and the Confederate South. The Guerrilla Hunters offers a comprehensive overview of the tactics, motives, and actors in these conflicts, from the Confederate-authorized Partisan Rangers, a military force directed to spy on, harass, and steal from Union forces, to men like John Gatewood, who deserted the Confederate army in favor of targeting Tennessee civilians believed to be in sympathy with the Union.

With a foreword by Kenneth W. Noe and an afterword by Daniel E. Sutherland, this collection represents an impressive array of the foremost experts on guerrilla fighting in the Civil War. Providing new interpretations of this long-misconstrued aspect of warfare, these scholars go beyond the conventional battlefield to examine the stories of irregular combatants across all theaters of the Civil War, bringing geographic breadth to what is often treated as local and regional history. The Guerrilla Hunters shows that instances of unorthodox combat, once thought isolated and infrequent, were numerous, and many clashes defy easy categorization. Novel methodological approaches and a staggering diversity of research and topics allow this volume to support multiple areas for debate and discovery within this growing field of Civil War scholarship.