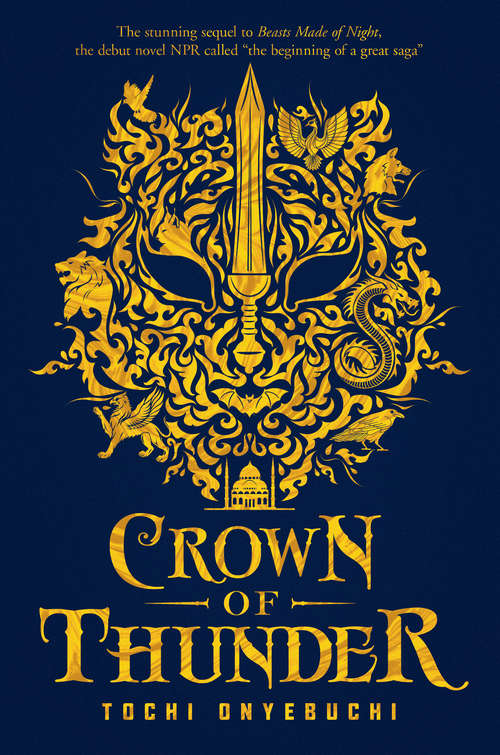 In the sequel to the acclaimed Beasts Made of Night, Taj has escaped Kos, but Queen Karima will go to any means necessary--including using the most deadly magic--to track him down.

Taj is headed west, but the consequences of leaving Kos behind confront him at every turn. Innocent civilians flee to refugee camps as Karima's dark magic continues to descend on the city. Taj must return, but first he needs a plan. With Arzu's help, Taj and Aliya make it to the village of her ancestors, home of the tastahlik--sin-eaters with Taj's same ability to both battle and call forth sins.

As Taj comes to terms with his new magic, he realizes there are two very different groups of tastahlik--one using their powers for good, the other for more selfish ends.

>Aliya is struggling with her own unique capabilities. She's immersed in her work to uncover the secret to Karima's magic, but her health begins to mysteriously deteriorate. With the help of a local western mage, Aliya uncovers her true destiny--a future she's not sure she wants.

As Taj and Aliya explore their feelings for each other and Arzu connects with her homeland, the local westerners begin to question Taj's true identity. Karima is on his heels, sending dark warnings to the little village where he's hiding. Taj will have to go back and face her before she sends her most deadly weapon--Taj's former best friend, Bo.