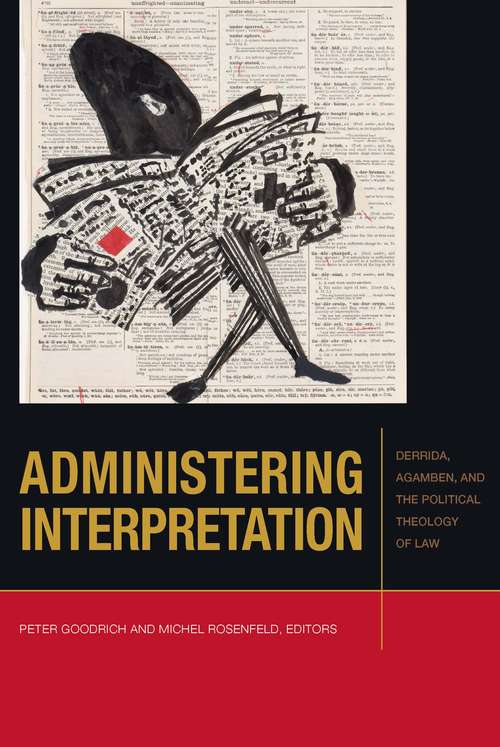 Populism in politics and policy orientations in law have thrown the jurisdiction of the academy and the disciplines of interpretation into disarray. Critique flounders in abstraction and negativity, law loses itself in particularity. Administering Interpretation brings together philosophers, humanists, and jurists from both continental and Anglophone jurisdictions to reassess the status and trajectory of interpretative theory as applied in the art of law. Tracking the thread of philosophical influences upon the community of legal interpretation, the essays move from the translation and wake of Derrida to the work of Agamben, from deconstruction to oikononmia. Sharing roots in the philological excavation of the political theology of modern law, contributors assess the failure of secularism and the continuing theological borrowings of juridical interpretation. The book brings contemporary critique to bear upon the interpretative apparatuses of exclusion, the law of spectacular sovereignty, and the bodies that lie in its wake.Contributors: Giovanna Borradori, Marinos Diamantides, Allen Feldman, Stanley Fish, Pierre Legrand, Bernadette Meyler, Michel Rosenfeld, Bernhard Schlink, Jeanne Schroeder, Laurent de Sutter, Katrin Trüstedt, Marco Wan