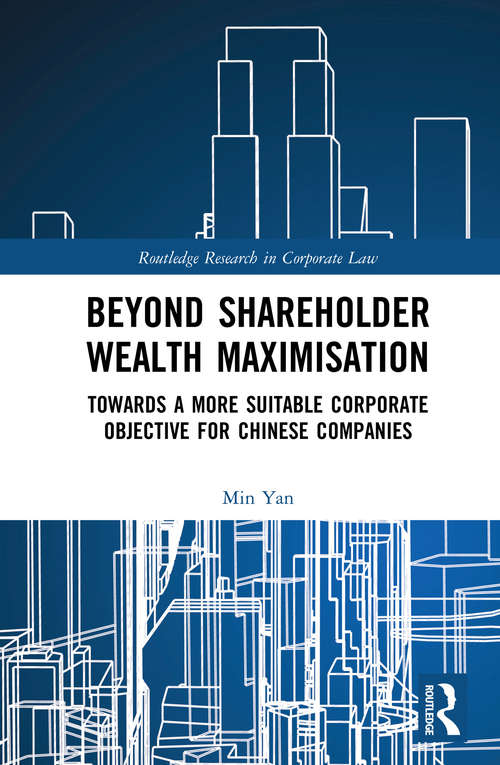 The corporate objective, namely, in whose interests a company should be run, is the most important theoretical and practical issue confronting us today, as this core objective animates or should animate every decision a company makes. Despite decades of debate, however, there is no consensus regarding what the corporate objective is or ought to be, but clarity on this issue is necessary in order to explain and guide corporate behaviour, as different objectives could lead to different analyses and solutions to the same corporate governance problem. In addition to the study on the corporate objective in Anglo-American jurisdictions, the discussion of this topic in the context of China is also very important on the grounds that China has become the second largest economy in the world and is playing an increasingly significant role in global affairs. Though a socialist state, China has also been relying heavily on the corporate vehicle as the most important business organisational form to ensure its rapid economic development since its market reforms in 1978. Adolf Berle and Gardiner Means’s observation made over eight decades ago that large public companies dominate the world remains true today, not only in the West but also in China. The regulation and governance of such companies will have a material impact on the further development of the Chinese economy, which could in turn directly affect the world economy. Company law and corporate governance therefore receive much attention and have become a vital issue in China. Although the current focus is primarily on corporate performance, the fundamental question at the heart of corporate governance, namely the corporate objective, is still unresolved.

Contrary to the widely held belief that the corporate objective should be maximising shareholder wealth, this book seeks to demonstrate that the shareholder wealth maximisation approach is both descriptively inaccurate and normatively unsuitable. As an antithesis to it, stakeholder theory generally develops to be a more suitable substitute. Justifications and responses to its main criticisms are offered from descriptive, normative and instrumental aspects, whilst new techniques of balancing competing interests and more workable guidance for directors’ behaviour are brought forward as essential modifications. Along with the unique characteristics of socialist states, the stakeholder model is expected to find solid ground in China and guide the future development of corporate governance.

This book will be important and useful to researchers and students of corporate law, corporate governance, business and management studies.