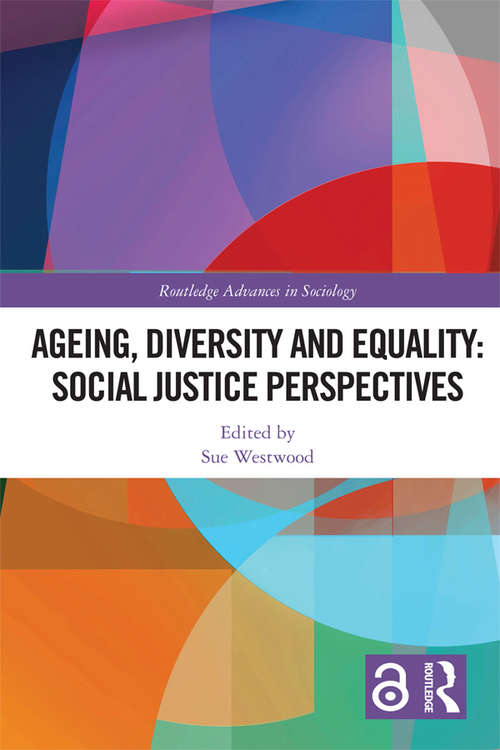 Current understandings of ageing and diversity are impoverished in three main ways. Firstly, with regards to thinking about what inequalities operate in later life there has been an excessive preoccupation with economic resources. On the other hand, less attention has been paid to cultural norms and values, other resources, wider social processes, political participation and community engagement. Secondly, in terms of thinking about the ‘who’ of inequality, this has so far been limited to a very narrow range of minority populations. Finally, when considering the ‘how’ of inequality, social gerontology’s theoretical analyses remain under-developed. The overall effect of these issues is that social gerontology remains deeply embedded in normative assumptions which serve to exclude a wide range of older people.

Ageing, Diversity and Equality aims to challenge and provoke the above described normativity and offer an alternative approach which highlights the heterogeneity and diversity of ageing, associated inequalities and their intersections.

The Open Access version of this book, available at https://www.taylorfrancis.com/books/9781351851329, has been made available under a Creative Commons Attribution-Non Commercial-No Derivatives 4.0 licence.