The Role of the Scroll 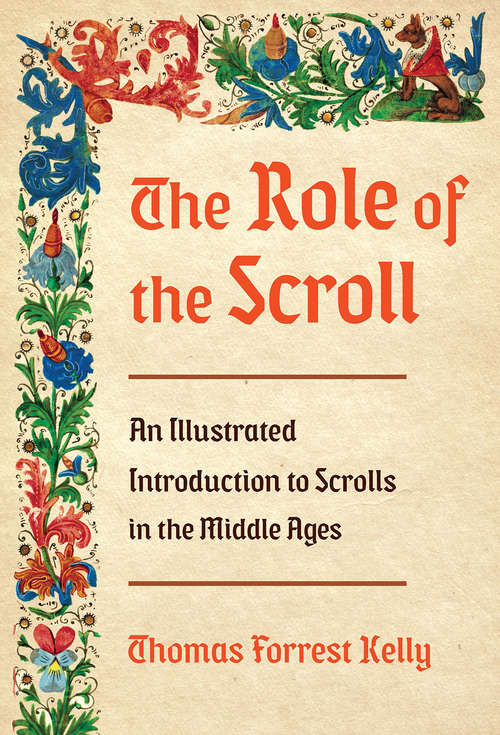 A beautifully illustrated, full-color guide to scrolls and their uses in medieval life.

Scrolls have always been shrouded by a kind of aura, a quality of somehow standing outside of time. They hold our attention with their age, beauty, and perplexing format. Beginning in the fourth century, the codex—or book—became the preferred medium for long texts. Why, then, did some people in the Middle Ages continue to make scrolls?

In The Role of the Scroll, music professor and historian Thomas Forrest Kelly brings to life the most interesting scrolls in medieval history, placing them in the context of those who made, commissioned, and used them, and reveals their remarkably varied uses. Scrolls were the best way to keep ever-expanding lists, for example, those of debtors, knights, and the dead, the names of whom were added to existing rolls of parchment through the process of “enrollment.” While useful for keeping public records, scrolls could also be extremely private. Forgetful stage performers relied on them to recall their lines—indeed, “role” comes from the French word for scroll—and those looking for luck carried either blessings or magic spells, depending on their personal beliefs. Finally, scrolls could convey ceremonial importance, a purpose that lives on with academic diplomas.

In these colorful pages, Kelly explores the scroll’s incredible diversity and invites us to examine showy court documents for empresses and tiny amulets for pregnant women. A recipe for turning everyday metal into gold offers a glimpse into medieval alchemy, and a log of gifts for Queen Elizabeth I showcases royal flattery and patronage. Climb William the Conqueror’s family tree and take a journey to the Holy Land using a pilgrimage map marked with such obligatory destinations as Jaffa, where Peter resurrected Tabitha, and Ramada, the city of Saint Joseph’s birth. A lively and accessible guide, The Role of the Scroll is essential reading—and viewing—for anyone interested in how people keep record of life through the ages.