Data Journalism and the Regeneration of News 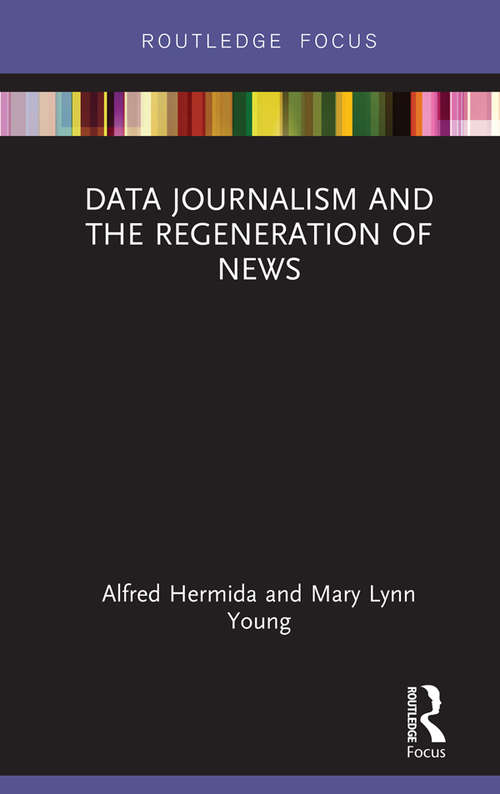 Data Journalism and the Regeneration of News traces the emergence of data journalism through a scholarly lens. It reveals the growth of data journalism as a subspecialty, cultivated and sustained by an increasing number of professional identities, tools and technologies, educational opportunities and new forms of collaboration and computational thinking.

The authors base their analysis on five years of in-depth field research, largely in Canada, an example of a mature media system. The book identifies how data journalism’s development is partly due to it being at the center of multiple crises and shocks to journalism, including digitalization, acute mis- and dis-information concerns and increasingly participatory audiences. It highlights how data journalists, particularly in well-resourced newsrooms, are able to address issues of trust and credibility to advance their professional interests. These journalists are operating as institutional entrepreneurs in a field still responding to the disruption effects of digitalization more than 20 years ago.

By exploring the ways in which data journalists are strategically working to modernize the way journalists talk about methods and maintain journalism authority, Data Journalism and the Regeneration of News introduces an important new dimension to the study of digital journalism for researchers, students and educators.