Violence against Women in Pornography 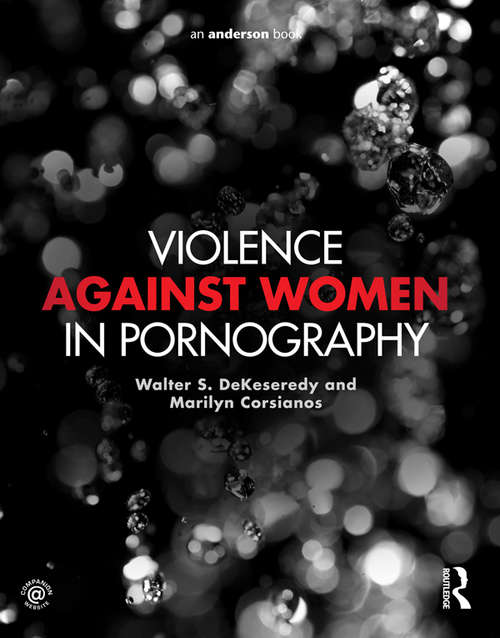 Violence against Women in Pornography illuminates the ways in which adult pornography hurts many women, both on and off screen. A growing body of social scientific knowledge shows that it is strongly associated with various types of violence against women in intimate relationships. Many women who try to leave abusive and/or patriarchal men also report that pornography plays a role in the abuse inflicted on them by their ex-partners. On top of these harms, male pornography consumption is strongly correlated with attitudes supporting violence against women. Many researchers, practitioners, and policy makers believe that adult pornography is a major problem and offer substantial evidence supporting this claim.

Violence against Women in Pornography, unlike books written mainly for scholarly and general audiences, specifically targets students enrolled in undergraduate criminology, deviance, women's studies, masculinities studies, human sexuality, and media studies courses. Thoughtful discussion questions are placed at the end of each chapter, and appropriate PowerPoint slides and suggestions for classroom exercises will be available to aid student understanding. The main objective of this book is to motivate readers to think critically about adult pornography and to take progressive steps individually and collectively to curb the production and consumption of hurtful sexual media, including that from the "dark side of the Internet."