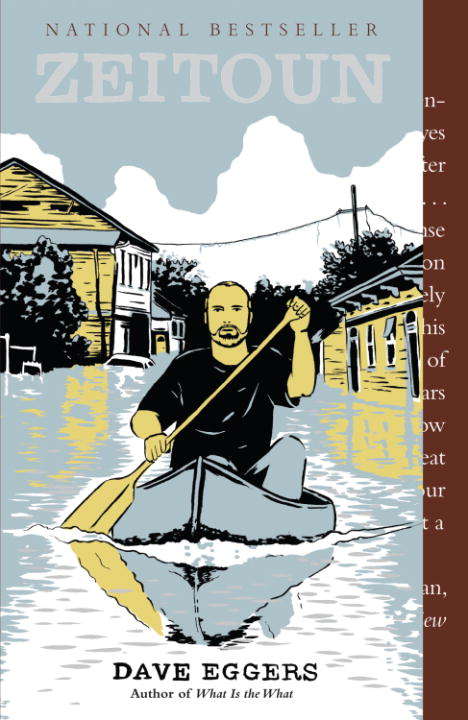 In the wake of Hurricane Katrina, longtime New Orleans residents Abdulrahman and Kathy Zeitoun are cast into unthinkable struggle with forces beyond wind and water. Good Samaritan Abdulrahman has stayed on in the city, traversing its deeply flooded streets by canoe, feeding trapped dogs and rescuing survivors, as New Orleans becomes a disaster zone. But nothing could prepare him for the wholly unexpected nightmare that follows . . . 'As a piece of writing, Eggers's book is sublime - simple and unintrusive in style. He builds the characters well and then lets them drive the story. ' Gary Younge, The Guardian 'Dave Eggers' account of one man's ordeal rebukes the Bush regime. ' Valerie Martin, The Observer 'What happened to Zeitoun and his family over the next month is an extraordinary story, related by Dave Eggers, a skilled practitioner of literary non-fiction, with both dramatic flair and domestic sympathy'. Sameer Rahim, The Telegraph 'Reminiscent of Gabriel García Marquez's documentaries, this is a true story told with the skills of a master of fiction. It's an immensely readable account of ordinary people struggling through extraordinary circumstances. ' Robin Yassin-Kassab, The Independent 'How could this happen in America? It's the stuff of great narrative non-fiction . . . Fifty years from now, when people want to know what happened to this once-great city during a shameful episode of our history, they will still be talking about a family named Zeitoun' The New York Times Book Review 'A riveting, intimate, wide-scanning, disturbing, inspiring nonfiction account . . . Humanistic in the highest, best, least boring sense of the word' Vanity Fair 'A fiercely elegant and simply eloquent tale . . . So fierce in its fury, so beautiful in its richly nuanced, compassionate telling of an American tragedy, and finally, so sweetly, stubbornly hopeful' Times-Picayune (New Orleans)