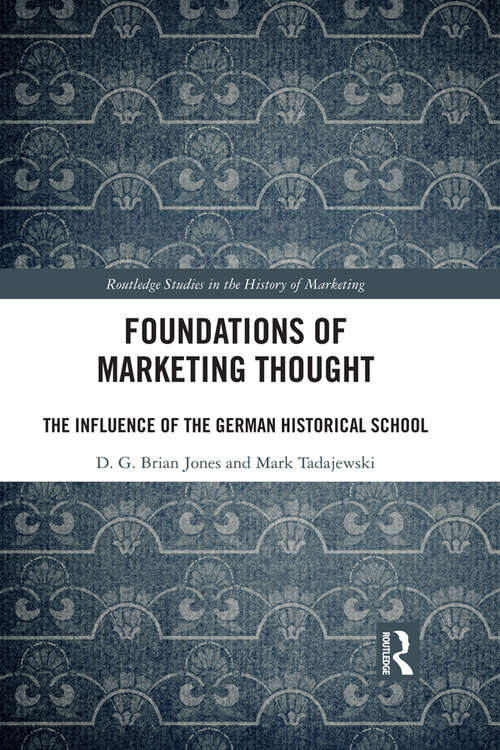 The study and teaching of marketing as a university subject is generally understood to have originated in America during the early 20th century emerging as an applied branch of economics. This book tells a different story describing the influence of the German Historical School on institutional economists and economic historians who pioneered the study of marketing in America and Britain during the late 19th and early 20th centuries.

Drawing from archival materials at the University of Wisconsin, Harvard Business School, and the University of Birmingham, this book documents the early intellectual genealogy of marketing science and traces the ideas that early American and British economists borrowed from German scholars to study and teach marketing. Early marketing scholars both in America and Britain openly credited the German School, and its ideology based on social welfare and distributive justice was a strong motivation for many institutional economists who studied marketing in America, predating the modern macro-marketing school by many decades.

Challenging many traditional beliefs, this book provides an authoritative new narrative of the origins of marketing thought. It will be of great interest to educators, scholars and advanced students with an interest in marketing theory and history, and in the history of economic thought.