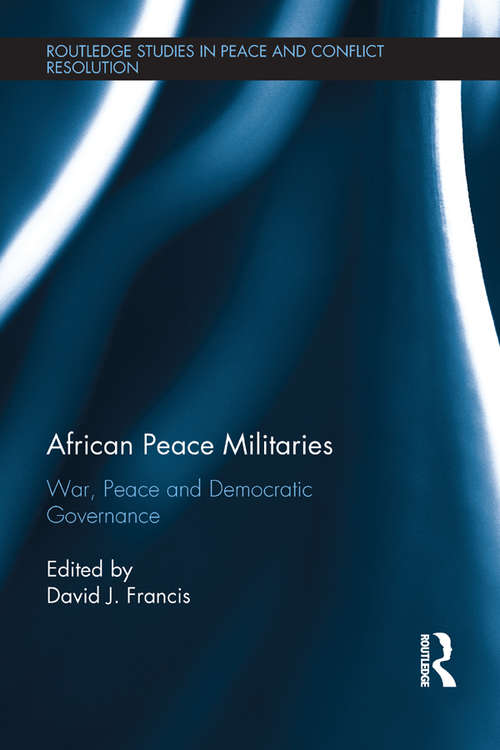 This book provides a critical understanding of the emerging role of African militaries in peacetime democratic Africa.

This book departs from the dominant perspective which simply presents the military as an ‘enemy’ of democracy because of the history and legacy of unending military coup d’états and interventions in civilian politics. In the context of Africa, the military has been blamed or largely held responsible for instigating wars, armed conflicts, political violence, poverty and underdevelopment due to bad governance and mismanagement of the state. Drawing from diverse case studies across Africa, including Nigeria, Rwanda, Uganda, Ethiopia and Egypt, this volume presents the argument that though the military has played a negative, and sometimes, destructive role in undermining constitutional rule and the overthrow of democratic civilian governments, the same military, now operating in a changed global environment, is making effort to support the development of democracy and democratic consolidation as well as remain subjected to civilian democratic oversight and control. Notwithstanding, the real challenge for this emerging trend of African peace militaries is the extent to which they are able to fulfil, on a predictable and consistent basis, their constitutional mandate to defend the people against ‘elected autocrats’ in Africa who try to use the military to perpetuate themselves in power.

This work fills a critical gap in the literature and will be of much interest to students of African security and politics, peace and conflict studies, security studies and IR in general.