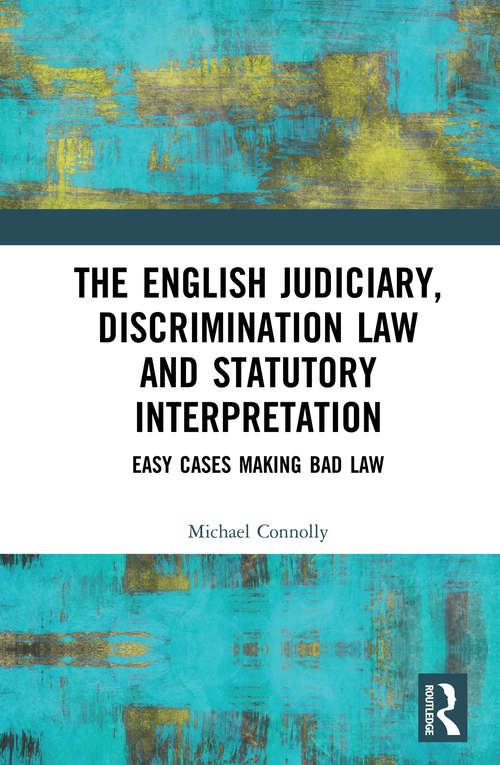 In 1856, the US Supreme Court denied Dred Scott, now free of slavery, his Constitutional rights, solely because he was black. According to the Court, when the Constitution was drafted, some 60 years earlier, its authors would not have intended that ‘a subordinate and inferior class of beings’ qualified as citizens of the United States. Thus, the meaning of language drafted over half a century before was frozen in time.

This case, perhaps more than any other, demonstrates that the matter of statutory interpretation is critical, technical, and, sometimes, highly emotive. The case is not a mere nugget from history to indulge our disgust with values of another age, and with it a satisfaction of our progress to today’s higher moral ground. It is the unfortunate case that the senior courts of England continue to produce highly contentious interpretations of our equality and discrimination laws.

This book examines these cases from the perspective of statutory interpretation, the judge’s primary function. The scrutiny finds the judgments technically flawed, overcomplicated, excessively long, and often unduly restrictive. As such, this book explains how the cases should have been resolved – using conventional methods of interpretation; this would have produced simpler, technically sound judgments. Rather like the case of Dred Scott, these were easy cases producing bad law.