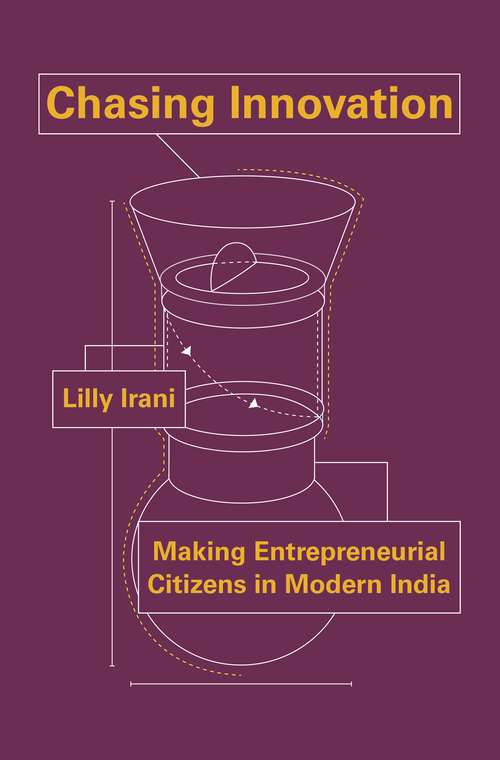 A vivid look at how India has developed the idea of entrepreneurial citizens as leaders mobilizing society and how people try to live that promiseCan entrepreneurs develop a nation, serve the poor, and pursue creative freedom, all while generating economic value? In Chasing Innovation, Lilly Irani shows the contradictions that arise as designers, engineers, and businesspeople frame development and governance as opportunities to innovate. Irani documents the rise of "entrepreneurial citizenship" in India over the past seventy years, demonstrating how a global ethos of development through design has come to shape state policy, economic investment, and the middle class in one of the world’s fastest-growing nations.Drawing on her own professional experience as a Silicon Valley designer and nearly a decade of fieldwork following a Delhi design studio, Irani vividly chronicles the practices and mindsets that hold up professional design as the answer to the challenges of a country of more than one billion people, most of whom are poor. While discussions of entrepreneurial citizenship promise that Indian children can grow up to lead a nation aspiring to uplift the poor, in reality, social, economic, and political structures constrain whose enterprise, which hopes, and which needs can be seen as worthy of investment. In the process, Irani warns, powerful investors, philanthropies, and companies exploit citizens' social relations, empathy, and political hope in the quest to generate economic value. Irani argues that the move to recast social change as innovation, with innovators as heroes, frames others—craftspeople, workers, and activists—as of lower value, or even dangers to entrepreneurial forms of development.With meticulous historical context and compelling stories, Chasing Innovation lays bare how long-standing power hierarchies such as class, caste, language, and colonialism continue to shape opportunity in a world where good ideas supposedly rule all.