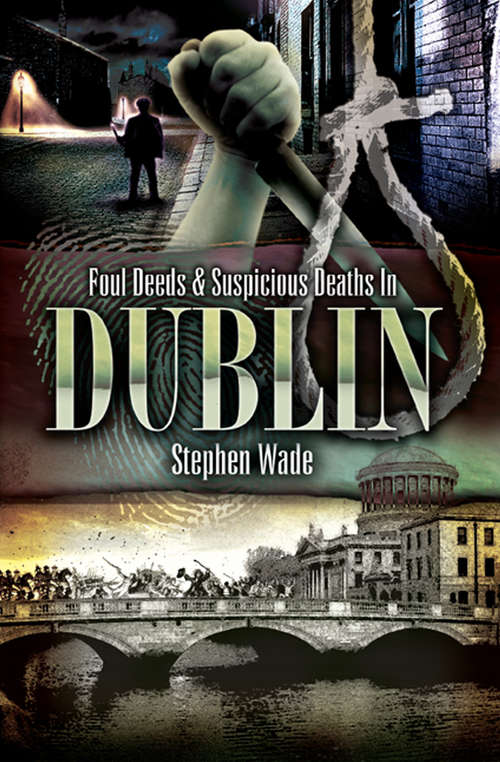 Tory gangs, madmen, war criminals, frauds, anarchists, duelists, kidnappers, and more scandal-makers throughout four centuries of Irish history. Dublin is a wonderful, energetic cultural center—the pride of Irish achievements in architecture, arts, and literature. But it is also a city of paradoxes and conflicts—and a long, fascinating history of crime. Stephen Wade now reveals Dublin’s “strange eventful history” in this thrilling collection of murderers, thieves, daredevil highwaymen, libelers, seducers, and bloody avengers—from eighteenth-century turncoats to Victorian-era rogues to a twentieth-century parliamentary candidate with a killer past. Amid tales of sensational investigations and infamous courtroom trials, readers will discover the truth behind the disappearance of the Crown Jewels in 1907; the bizarre motives of nineteenth-century serial killer John Delahunt; and the startling charges leveled against Oscar Wilde’s father, a revolutionary doctor embroiled in a felonious and sexual cause célèbre of his own.